Coming in January 2022 is a preschool action show on Netflix called Action Pack. The show is created by Shea Fontana, produced by Chris Hamilton, and animated by Icon Creative Studios. The series centers on The
Action Pack, a group of heroic kids — Treena, Watts, Wren and Clay — who use their incredible super powers as they take on the biggest threats in Hope Springs, implement the lessons taught by Mr. Ernesto at the Action Academy, and fulfill their ultimate mission of bringing out the good in everything, even in villains! This sounds like a mix between Hero Elementary and her work on DC Superhero Girls 2015. It should be pretty fun. Maria Estrada is the voice director. 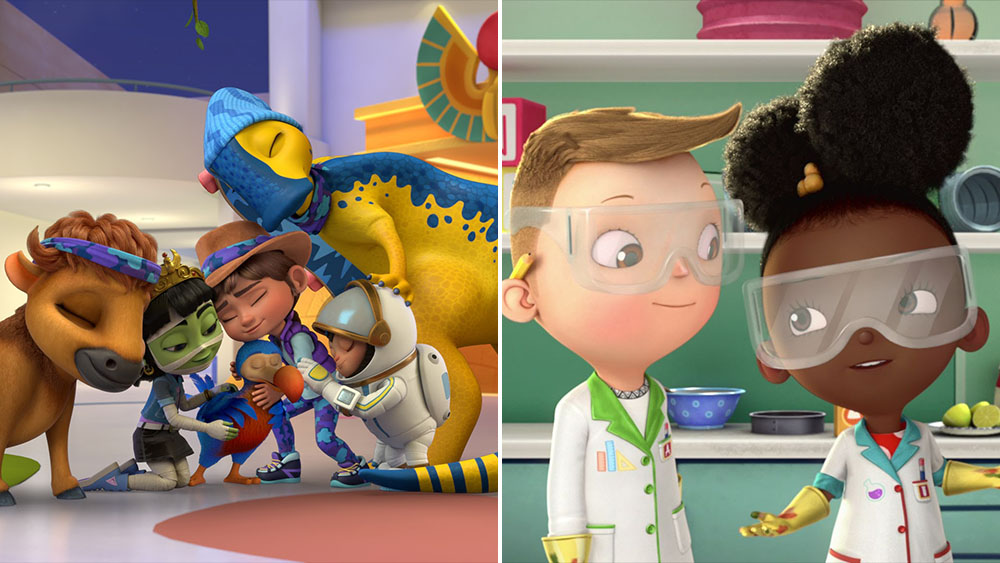 Fun fact, I got to animate on this throughout 2020( my first time animating remotely from home ) and early this year before switching projects.

So this is interesting. Joey Mason's LinkedIn profile says how he designed characters, backgrounds, and props for the series. He's had quite a bit of experience, such as being a color supervisor and background designer (I think) on Spectacular Spiderman, character designer for Stretch Armstrong And The Flex Fighters, art director for Onyx Equinox, and and also did storyboards on projects like Ben 10: Destroy All Aliens and Scooby Doo Mystery Incorporated. In terms of OddBot, he apparently once served as the art director for the Nick Jr show Corn And Peg, and also worked on many of the Disney Junior Nursery Rhymes songs.


(for context a future spongebob informs squidward that the time machine is down the hall to the left)
Yesterday at 11:02 PM •••

Mostezli
Found this from Reddit. Had to trim the original a bit. And yeah the guy in the 2nd half of this is the new Sokka actor.
Sunday at 11:38 PM •••