Huh.. After all this time it comes back? I loved the show before. I'm becoming such a fanboy to see it coming back.

Hoping they do a mermaid episode.

Meanwhile I'm hoping they'll do an episode where they beat Batman. Would be such a good feeling to see him finally losing.

It's cancelled after negativity from fans.

"What? I haven't watched Cartoon Network in years. They don't seem to care about my work. I get a lot of people who say to me that, regarding the show, this is how you remind me of what I really am."

Evidence that CN did the same treatment as Megas XLR to Darwin the Merman.

Will Kenny's top half become a bear? That will make Kenny the Shark a shark merbear 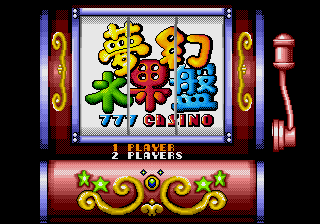 ABOUT US
In January 1993, a bunch of Taiwanese game developers at Gamtec finished production for Meng Huan Shui Guo Pan (夢幻水果盤, Illusory Fruit Machine), an unlicensed video game for the Sega Mega Drive. The week after that was made, it was announced that the game would release outside Taiwan if it had an alternate title, and the title was... 777 Casino.
The game was released in the middle of February. Following the success of the video game in Taipei (to an astronomical amount of people: 100000 people playing it), they decided to make millions when a million people in the whole of Taiwan were playing it. In June, a television channel was announced. 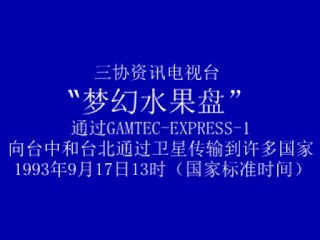 It began on September 17th, 1993. It initially featured just footage of the game 777 Casino interspersed with recordings of CCTV's Cartoon City, which was new at the time.
The next year (1994) was a major turning point: considering that until then, thirty people in Taipei were known to watch it, the channel launched its very own satellite, just like the one the Kid-Tacular Kids Channel used to have until 2003 or so, with the Rainbow Monkey Invasion. However, Sector V of the Kids Next Door is immune to 777 Casino, hence the sudden transformation into Taiwanese kids being successful. OK, this last part was just made up, but the channel's satellite launched in April, attaining four million people as their audience.
In 1995, the channel started making original shows for the first time, producing an adaptation of a Hong Kong drama called "Ying Hung Chut Siu Nin" (The Young Heroes of Shaolin) that lasted for three episodes and failed miserably.
The channel remained that way for the next few years. Aside from becoming available in Endabyu settlements and in Singapore on Singapore Cable Vision.

1998 sees a major turning point for the channel, which had become popular in South Korea and Japan. European audiences for the channel grew and added Cow and Chicken and gameplays of many Sega Saturn games to the schedule.
777 Casino was rated #1 in Portugal for the first time in 65 years, until then no foreign language channel dominated the ratings.
2000 resulted in the channel's web presence bloom. Of course, that sentence is positively Taiwanese. What's negatively Taiwanese is the fact that Ed, Edd n Eddy took over half of the schedule, along with Dreamcast reviews and gameplays.
In 2001, Gamtec was bored of it and wanted to sell the channel to a bunch of Korean entertainers who left the then young Gag Concert. The channel added SES's music video, "Dreams Come True", airing it ten times a day. Game Boy Advance gameplays were added to the schedule.
The channel represented Taiwan in the 24th Extended Eurovision Song Contest in 2002 and was not only the official broadcaster, but also the host broadcaster.
The channel had always been broadcasting in English, so the commentators needed English.

In 2004, the channel premieres gameplays of Hong Kong 97. On May 3rd, 2005, all classic gameplays and shows were removed from the channel, resulting in more recent Cartoon City shows with Engrish subtitles, Ed, Edd n Eddy, Hong Kong 97 and GBA gameplays and 3GPS being the only shows on the schedule.
The channel liked the albums of 3rd Storee, which resulted in the acquisition of the cartoon.
On April 21st, 2006, it was decided that 777 Casino needed to be on channel 777 on EVERY TV provider there is. This wouldn't happen for another four years, when Taiwan decided to follow the rule.
On December 7th, 2010, the channel added gameplays of fangames like Sonic Advance 4 or Ashen's Quest for the Super Com*Boy. It also upgraded the picture quality to 1080p.
The channel's 20th anniversary in 2013 was marked by a K-POP party in a disco in Taipei, organized by 777 Casino, YG Entertainment KBS's K-POP square website (yes, the website is called K-POP square) and other Korean labels. The party consisted of performances by Girls Generation, SISTAR, 2NE1, BEAST, PSY and SHINee. That night, RandomMe, a Portuguese user from the Toonzone forums, owner of a successful company (RandomMe Entertainment) decided to acquire 777 Casino from the former owners. The new ownership took place on October 1st.
The new owner is very well-known in Taiwan (as Mr. RandomMe).

The channel's schedule was composed of the following shows (in April 2014):
Magic eye Magic rabbit
Hover Champs
Race Tin Flash and Dash S
Grim and Evil
The Grim Adventures of Billy and Mandy
The Powerpuff Girls
Sheep in the Big City
Fated to Love You
BaLaLa The Fairies
everusone's favoperji Tawienatse catoon, Jubileena Bingbing
TV Kindergarten Funny Funny
Larva
Arahan jangpung daejakjeon
Darwin the Merman
Wow! Rivers!
Amazing Mud
3GPS
Music Bank
Gag Concert
Mix Master
There she is!!
Regular Show
Regular Show with inverted colors
Adventure Time
Steven Universe
All Total Drama shows
All Dragons of Berk shows
The Amazing World of Gumball
Any special episode of a cartoon which crosses one show which has nothing to do with the other
Hong Kong 97
Chinchillin' and Chupacabracadabra
K-POP square
The channel had agreements with Auldey Toys to air ads for their products during their commercial breaks.

AULDEY: A gem of a friend.

Unfortunately, 777 Casino was unable to pay its debts due to constantly repeating its programming.

It will always have a link to CN. A very special one.

Anyone seen this from Cartoon Network Latin America and HBO Max. I enjoyed It alot, the art is so cool and full of creativity, as well as the stories, the characters are interesting but everything is so spooky and overall, tragic. the plots of each episode, through the characters and their stories to finish with the magnificent soundtrack, it is undoubtedly a masterpiece that is worth watching the show. 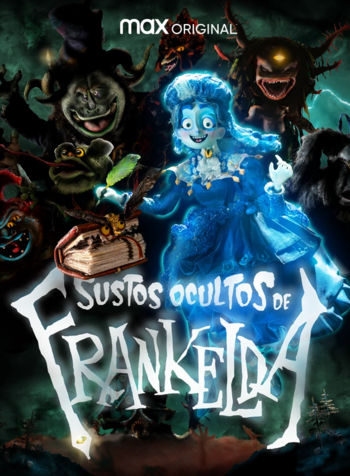 Location
Wherever You Are ;)

One of the big three everyone dislikes is going to become the most liked, as of April 1st, 2050, when CNN as we know it will then become a news network... only Cartoon Network News. When linear goes on the rise, Cartoon Network, for how popular it'll become, will have Cartoon Network News as a companion channel providing 24/7 news coverage about cartoons, and just their cartoons either, but cartoons from Nickelodeon, the Hub, Disney, HGTV, and Motortrend.

Cartoon Network has renewed Bloohoot, starring the offspring of a bunch of Blooregards with a root beer float. Here's how he will appear.

Series creator Blooregard Q. Kahoot (inspired by the character seen above) is hoping that shows like his and Ketogene on Disney Channel USA and Buddies Central Kahootia will make floatians feel more comfortable.

I iagree with you. Linear will have a rebound soon. It will never die or become an altar just for news and sports.

Rabbitearsblog
Twitter, why are you such a bane of my existence?
Yesterday at 10:39 PM •••
T
the_joker Light Lucario the_joker wrote on Light Lucario's profile.
I just found out a life-size Lucario plush exists.
Yesterday at 7:42 PM •••

DBTrilogy100
Today marks the 20th Year Anniversary of (the "formal" premiere of) Codename: Kids Next Door. This show is one of (if not) my favorite Cartoon Network show(s) and I remain hopeful that Tom Warburton's wish for the sequel show to see the light of day become a reality.
Yesterday at 5:25 PM •••

[classic swim]
Damnit, I’m so distraught. Why can’t these times ever let the hell up?