A Big Nate animated short is playing in theaters before screenings of Paws of Fury: The Legend of Hank.

Just got back from Paws of Fury, and the Big Nate short that played in front of it is in fact the "Never Bring a Hamster to Set" short that was supposed to air on TV on February 25th, but never did.

Also, OH MY GOD! In the short's dream sequence, that giant hamster spawned many smaller hamsters… FROM ITS REAR! I can see why it didn’t air on TV.

According to his list, new episodes will be added to Paramount+ on August 19.

There are 9 episodes coming August 19.

Even more news, season 2 is getting ten more episodes ! 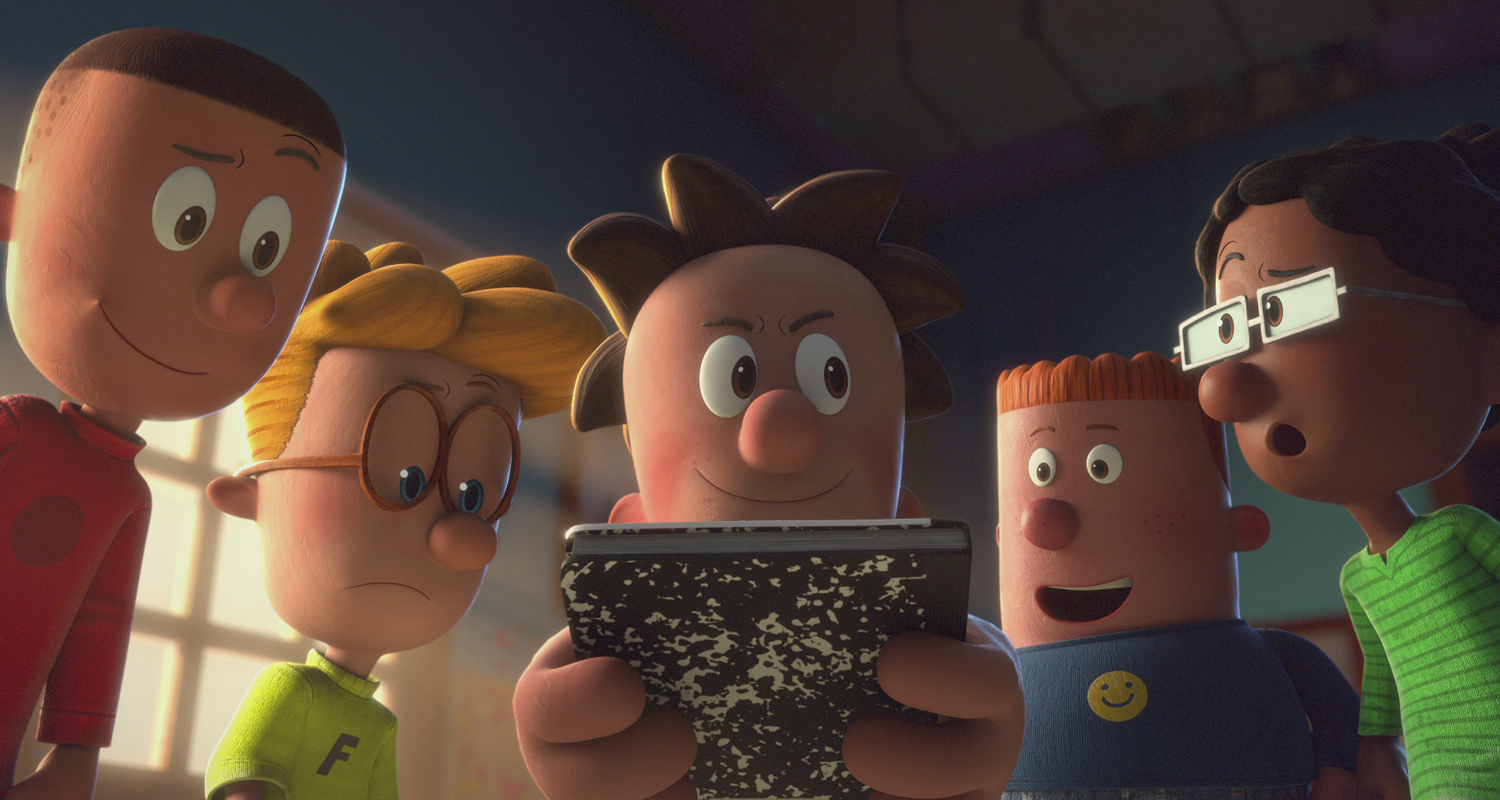 Watch a teaser inside!


Episode 109: “Best Laid Cell Plans” - When Francis gets an emergency cell phone, the gang makes major plans for it. But even the best-laid cell plans can go wrong. What ensues is a viral video, an investigation, an unlikely duo, and the strangest tea party ever.

Episode 110: “Game Over” - When Nate finds himself accidentally responsible for the cancellation of an entire species, he must save a pregnant lizard from the clutches of P.S. 38’s latest home EC teacher, Mr. Grey, who Dee Dee suspects is up to no good.

Episode 111: “‘Til Death Do We Rock” - Nate is asked to give up the center stage as the lead singer of ‘Fear the Mollusk’ to his sworn enemy, but he won’t give up that easily and neither will Martin, who tries to impress Nate with a job but instead gets caught in a lie.

Episode 112: “Randy’s Mom Has Got it Going On” (Nasim Pedrad guest stars as Barbara) - Martin's desire to dive into a relationship with Randy's mom blinds him to countless red flags, while Nate struggles to co-exist with the maniacal Randy who has now infiltrated every aspect of Nate's life.

Episode 113: “Ghostly Coven of Man Witches” (Halloween Special) - To dodge a science test, Nate concocts a plan to shut down P.S. 38 by pretending that it’s haunted. As he and his friends set the stage, they get locked in the school with a coven of man witches.

Episode 114: “The Future is Fuzzy” - Nate hopes to spin a newfound gift into a bright future but soon discovers there’s no fast track to success. Meanwhile, Dee Dee worries a new actress is stealing her spotlight and sets out to obliterate her.

Episode 115: “Big Freeze” (Winter Special) - Nate and Team Awesome face Jefferson in the annual ‘Big Freeze’ snow sculpture competition. Nate has his sights set on victory, but when a personal vendetta gets in the way, glory and a grand prize for P.S. 38 are on the line.

Episode 116: “The Curse of the Applewhites” (Winter Special) - Nate’s gym grade is on thin ice and the only thing that can save him from the humiliation of repeating 6th-grade gym is something he swore to hate for eternity: figure skating. Not to mention, an ancient curse on Chad’s family.

Episode 117: “The Thing That Wouldn’t Leave” – It’s Spring Break and Nate joins Francis on vacation! There he discovers the Pope Family Schedule, aka an opportunity to pencil in AWESOMENESS. But not everyone is on board, especially when Nate’s alter ego, Nathaniel, emerges.

Good News! I'm not surprised, they usually eventually air Paramount Plus stuff on the channel, but yay!

Coming to Nick on TV September the 5th, according to The Futon Critic

I should watch the show right now on Paramount+, which I recently signed up, but since I have trust issues with streaming lately, I'm going to tune in on Nick instead.

Glad it's back , watched episodes 9 and 10 (back to spacing out when I watch)
Best Laid Cell Plans was really funny, love how one cell phone was the focus of so much trouble, the twists were fun and a good use of the flashback story telling idea.
Game Over was good too. I love the pacing on the series over all, it uses the 22 minutes well, without feeling like it's going too fast or too slow. I wasn't expecting this episode to go the way it did when it started.


ToonsJazzLover said:
I should watch the show right now on Paramount+, which I recently signed up, but since I have trust issues with streaming lately, I'm going to tune in on Nick instead.
Click to expand...

I'm going to watch on Nick when they air it, still watched and watching on Paramount Plus, It probably helps the show to watch on Plus, even more than Nick. I like Paramount's idea of airing their nick streaming shows on Nick at a later point, it's a nice balance.

I also appreciate that Paramount Plus actually added the new episodes to the season rather than just trying to make it a "season two". Certain streaming services could learn from that. Not a fan of how the window shrinks any time I pause it, though.

Interesting that they're going big on the worldbuilding and development (for Martin and Dee Dee, at least) despite being an episodic show. Kind of reminds me of Watson's previous show All Hail King Julien.

Nick's released the short "Never Bring a Hamster to Set" on YouTube:

Max And The Midknights (Nickelodeon Show)

The Twisted Timeline Of Sammy And Raj (News And Discussion Thread)