Holy shit, that's one hell of a renewal. The season 3 finale did leave me disillusioned with the messy story structure and the mundaneness of it that barely lends itself as a proper season finale. It made me apprehensive about the future of Rick and Morty going forward, and upon hearing this news, I'm not exactly relieved. I feel that this maybe forcefeed the writers more than they could chew and it leaves more room for lackluster writing, though maybe I'm being overly cynical. Hopefully they can make good use of this very tall order by properly fleshing out the storylines that lead up to a satisfying finale.
Last edited: May 11, 2018

I’ve found the show in its entirety enjoyable, and I don’t see the issues that others do. Though like other long running shows, I’m sure its problems will become apparent over time. But with this 70 episode order (and I doubt Adult Swim will fork over more money for more afterwards), they can meticulously plan an ongoing story arc with a series finale in mind. Should be fun.

Hmm, maybe Rick and Morty really will run for 100 years.

Seriously though, as far as season 3, the main reason it fell flat at the end was because Dan Harmon ended up not making as many episodes as he hoped he could. But now that he's got the tall order of 70 episodes, the should have all time they need to flesh out and full develop the upcoming seasons. But then I don't know how those 70 episodes are going to be divided among future seasons, so who knows.

Another part of me is kind of concerned that Adult Swim seems to be putting all their eggs in one basket (though I can't entirely blame them). But I guess they don't necessarily have to commit to the full 70 episodes either. After all, the new Thudercats show was cancelled after 26 episodes, even though they originally ordered 52.

Nobodyman said:
But then I don't know how those 70 episodes are going to be divided among future seasons, so who knows.
Click to expand...

Five seasons of 14 episodes each, as guessed by Cartoon Brew.

I hope that's the case. As Nobodyman said, season 3's main drawback was the 10-episode limit which prevented the story from flowing at a reasonable pace. With 14 episodes a season, that should no longer be an issue.

Or it could be 7 Seasons of 10 episode seasons, like how the previous seasons were (season 1 only had 11 episodes because that included the pilot which was obviously made BEFORE the major production of the first season as is often the case for a pilot of most series) since as some have noted that would make for a 10 season long series and tie into one of Rick's rants from "The Rickshank Rickdemption" about wanting to be on for "9 seasons."

Honestly I don't get the hate for season 3. Were there jokes and moments I wasn't the most fond of? Sure but I could say that for bits of season one and two and it was obvious this season was trying to be different and tell other kind of stories and honestly I think most of them really worked. "Rickshank Rickdemption" "Pickle Rick", "The Vindications 3" "Rest and Rickalaxation", "Atlantis Mix Up" "ABCs of Beth" and the finale line up with my favorites of the show and don't seem like the series has creatively taken any sort of dip. Again it's just that it's blown up in popularity thus there's this crowd that comes in that acts ultra defensive about every change and difference in the show and tries claiming that makes it the worse when it... really doesn't and shows how in need they are to criticize something they use to just really enjoy. It's pretty sad and really just feels like a lot of people hopping on the band wagon of hate on this show. And I wasn't someone who was always a die hard fan of the show (heck it took me awhile to even start getting to watching any of the series) but I don't see what people's deal is with this seaosn.

And honestly whether you hated season 3 or not, it's pretty clear it was still incredibly popular in ratings and merchandise which IMHO is what confused me as to why AS didn't order a 4th season. I mean I knew it would take awhile to still actually come out based on the nature of how long it takes to animate this sort of series but AS will keep a show going for as long as it's still marketable especially if there's nothing around to replace it and pretty clear with how they're still playing reruns of the show in the 12AM weekly slot how valuable they consider it. However now it makes sense as yeah they weren't arranging for one season or even two seasons but a gigantic order of what will likely be the rest of Rick and Morty itself. It's possible we could get more then the 70 episode order but I really doubt it and honestly this sort of deal you don't really see happen... ever but again with how popular R&M is I could see why AS would take it. Plus it does show they can't just try and cast the show aside or try to quickly burn it off if they're so committed to so many episodes so whether you or AS likes it the show is still coming out for at least probably another couple of decades and honestly I am all for that.

Justin Roiland says they’re going to try to get the episodes out a little quicker now that they have the big order. No word on when new episodes return, but they started back up in the writers’ room this week.
https://www.polygon.com/2018/6/14/1...se-date-waiting-gap-justin-roiland-adult-swim

For such a huge order of episodes, I really hope they have enough time to do this, because with over 70 episodes and working at a faster pace, that could really impact the shows quality.

Production on season 4 has started.
http://comicbook.com/tv-shows/2018/07/05/rick-and-morty-season-4-production-begins-bts-video/

Guess who just got their first Emmy nomination?

That's well over a two-year wait. That 70-episode renewal obviously did nothing to alleviate hiatuses.

Hopefully the hiatuses will be shorter from season 4 onwards.

Again the reason for the hiatus this time around was because of the huge 70 episode order which was only greenlit may 10th, 2018. So they could only really start working on the season then so production wise it has been a year for them so having it come out in November makes sense. However now that they can just get to working on season 5 after season 4 is fully wrapped out without having to wait on notes from AS should mean these will come out faster especially as I'm sure AS wants it to have a lot of episodes to fill some of the major programming holes they're about to have. Honestly between this and Primal there are some good reasons to check out regular AS then there have been since probably the latest season of the Venture Brothers ended.

Rick and Morty Season 4 Is 10 Episodes, Season 5 Already in the Works

Here's a first look at a sneak peek of season 4 of Rick and Morty.

Sorry for double post but finally we have a trailer of Season 4 and it will premiere November 10th at 11:30 PM and it will be five episodes it's a split season.

I'm assuming it's split not to just give less time to wait for Season 5, but they're probably waiting to run the other 5 episodes at a more prime rating time then like January. November sweeps and even December (especially if there's another christmas episode though probably not in this case) can be pretty profitable but January really isn't for shows like this so I expect the next part between March to May. 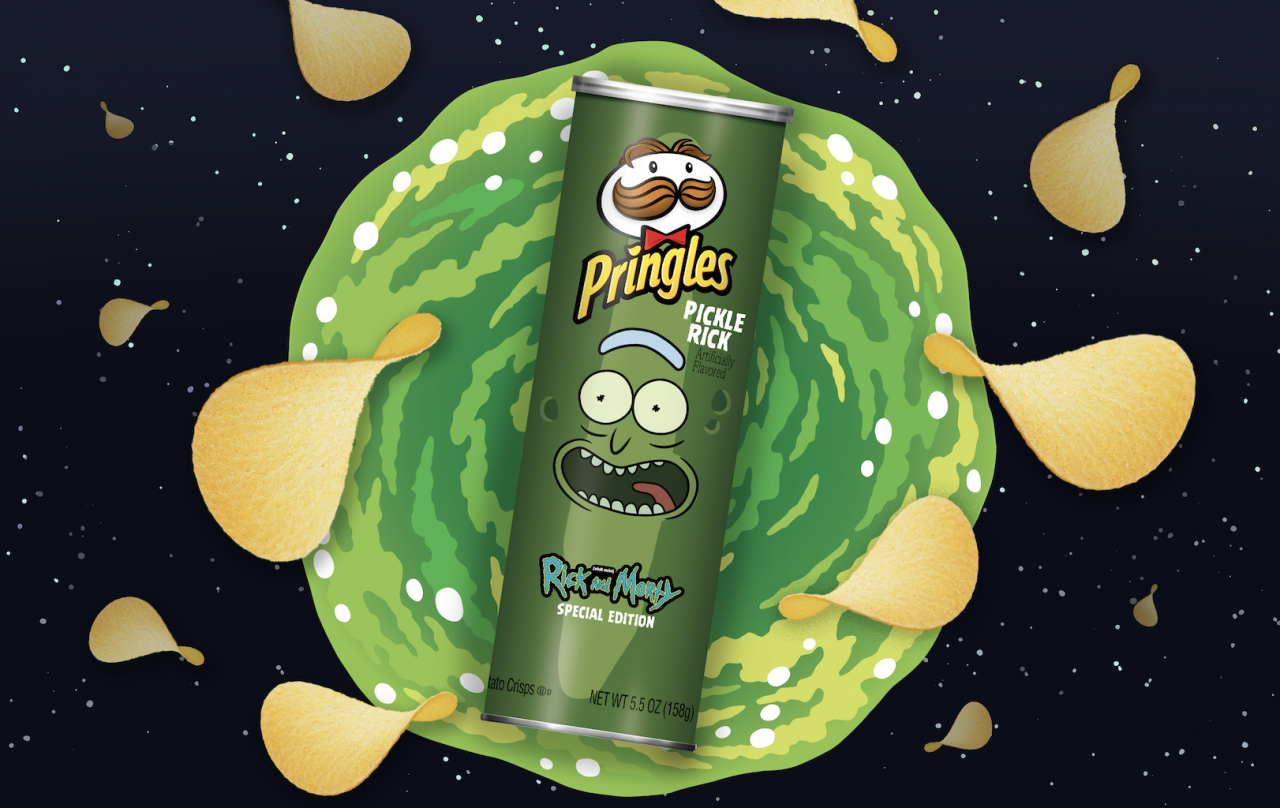 Pringles has been featuring its ‘flavor stacking’ combos in the Super Bowl for the last couple of years, and the snack brand has announced it will be returning to the game for the third year in a row. This year, however, it’s putting a sci-fi twist on its ad with a Rick and Morty theme and flavor.

We're getting Pickle Rick flavored Pringles around the time of The Super Bowl.
You must log in or register to reply here.

K
kanc
I'm not sure what Nick waiting for: every weekend Nick is airing keep it here Nick ads for Warped! But still no word for whether it's cancelled or renewed.
Today at 4:21 PM •••

SweetShop209
For someone who's been around less than a year, Barbie Brooklyn Roberts has gotten plenty of (well deserved) attention.
Today at 2:15 PM •••
K
kanc
According to zap2it, nick@nite will air Seinfeld starting early Tues May 31 2am-4am, that means Mom will be off the lineup after May 26.
Today at 8:29 AM •••