BlooMac said:
Barely anything on CN RSEE has been 12+ for the past few years. Adventure Time is pretty much the only show and it only comes back for a special occasion (either for a new Distant Lands episode or a marathon). The only other instances lately have been last year's brief reruns of The Looney Tunes Show and Regular Show fillers that still pop up during breaks.
Click to expand...

Kids channels' ratings should drop completely even in Russia. We know they have safe content nowadays. They have become too family friendly. Just drop the age rating.

Cartoon Network program TV na 9 maja 2022 - ramówka, emisje CN Poland schedule for May: Only changes are with Gumball. Now, only Gumball is airing from 9 PM to 6 AM. And also, Apple and Onion returns and another Gumball marathon from 2nd of May.

And they still do.

A new cartoon called Goat Girl is coming to CN and HBO Max in EMEA. 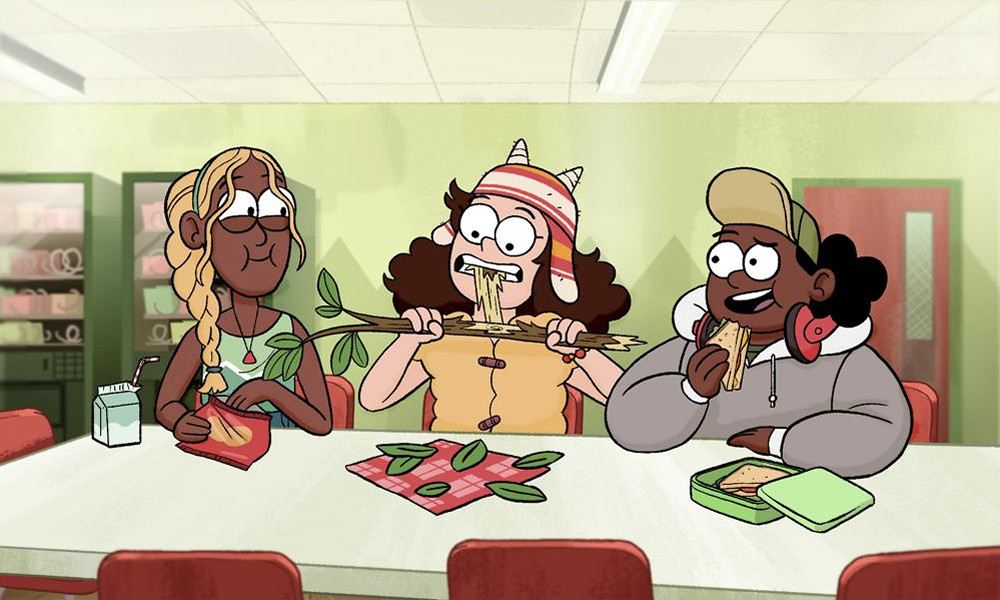 Hold up. Paw Patrol is a Nick Jr show. Even if this was real (it isn't probably), it would be hard for Nickelodeon to let Cartoon Network use it's shows. I mean come on, Paw Patrol is basically Nick Jr's cash cow. It does air on Italian Cartoonito however, so it might happen. Also, the name on the corner, Cartoonito doesn't do that.
Last edited: Apr 14, 2022

@CNick Friendly reminder to use the "edit" button if you have something to add. Don't double post.

Markus Nelis said:
@CNick Friendly reminder to use the "edit" button if you have something to add. Don't double post.
Click to expand...

It has paw patrol on cartoon network turkey dude.
C

Oh, I didn't know. But I also don't think it would be shown in English then.

CNick said:
Oh, I didn't know. But I also don't think it would be shown in English then.
Click to expand...

Only turkey and Cartoonito Channel in Italy which speaking Italia/Turkish.

StrikersSeventyOG said:
Only turkey and Cartoonito Channel in Italy which speaking Italia/Turkish.
Click to expand...

Wait, so does like Nick Jr not have a channel in Italy and Turkey, so they licensed it to Cartoonito?

They do, Italy has their own feed, and Turkey has Global, but Cartoonito is more accessible due to it being FTA.

After the WBD merger, CN MENA’s Hindi-speaking channel, Cartoon Network Hindi, should be closed for good, as it’s being useless, just like Discovery Family, at the time when there is no Hindi-speaking & South Asian channels, nor South Asian Packages, being broadcasted on beIN.

Also, most foreign diasporas in MENA have preferred to watch CN in English language over the past two decades, when it was on Orbit/Showtime (Now called OSN) and even ART/Pehla, until the present time, where it existed nowadays on beIN & Jawwy TV, in addition to IPTV Services in GCC countries, where it existed from the 2000s until now.
Last edited: Apr 15, 2022

SweetShop209
Jessica Gallaher said on her website that she worked on Jessica's Big Little World. Given how she credits herself as both a storyboard artist and writer, this means the show is storyboard driven like Craig Of The Creek. This is also the second preschool show after Let's Go Luna to be storyboard driven.

MegaJack
Wrote a little review for Kids Next Door: Operation Zero today. Quite a nice watch that expanded the universe in fun and interesting ways, as per usual.
57 minutes ago •••

Asa
I speculate this third pandemic winter could end up being it's very last one, ever (we don't need to have too many).
Yesterday at 4:28 AM •••