It's really happening. Coming to Peacock in 2023. Donald Glover and Yvette Nicole Brown have yet to officially sign on but Dan Harmon is optimistic for both. Joel McHale, Gillian Jacobs, Allison Brie, Danny Pudi, Jim Rash, and Ken Jeong will be back to Greendale! 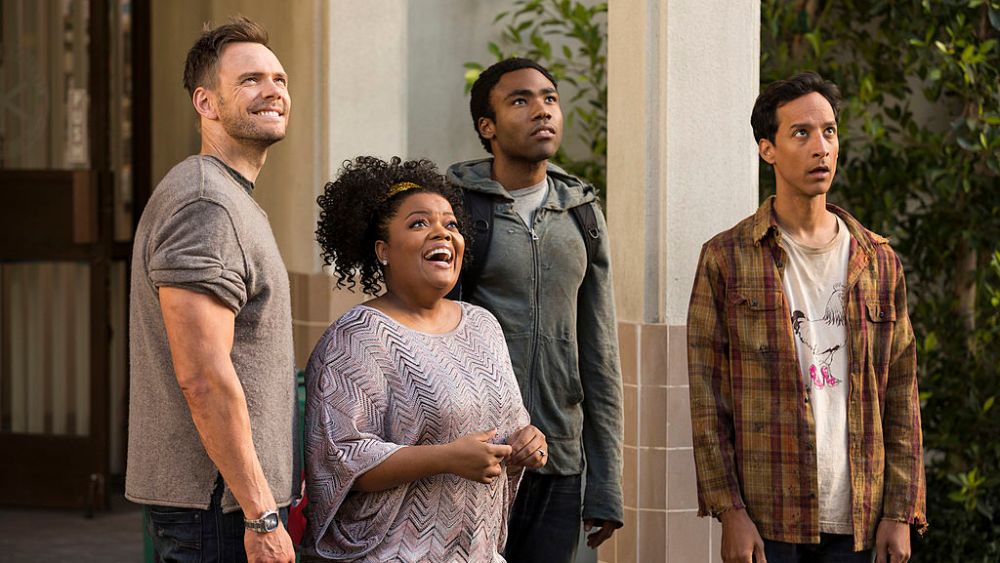 ‘Community’ Movie Could Still Include Donald Glover, Dan Harmon Says: ‘I Believe He Is Coming Back’

Behind a Pay-Wall for people who've used up all their free articles, but I just gave you the main bullet points. I bet Dan Harmon is glad to return to a project fans love him for instead of one where he looks at the toxic fandom in horror and says "What have I done?"

As far as Fone Bone is concerned, Community is awesome and Rick And Morty suck (for the reasons described). That's the side I land on.

I liked the show for the first few seasons but then it turned into nonstop parodies and I lost interest. I might check out the movie if I get Peacock.

Get the entire original cast back and I'm in. (well, besides Chevy. Swap him with Keith David and I'm fine)

SIX SEASONS AND A MOVIE
You must log in or register to reply here.