Dragons: The Nine Realms (Third How To Train Your Dragon Series) 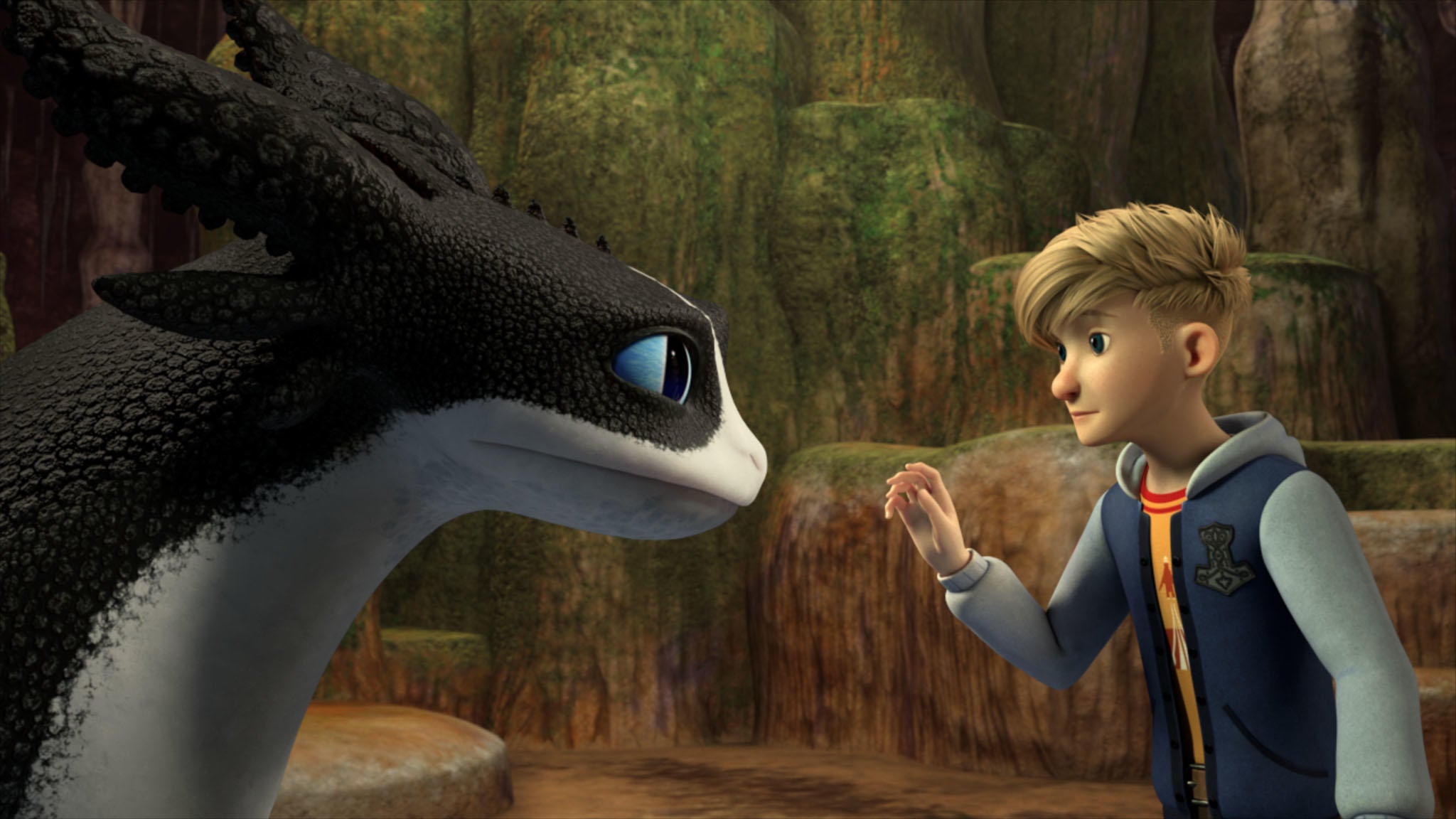 DreamWorks Announces New How to Train Your Dragon Spinoff Series

The How to Train Your Dragon franchise has become a beloved part of the animated lexicon — and [...]

We will be getting a third How To Train Your Dragon series, which is coming to Hulu and Peacock on December 23. The show is called Dragons: The Nine Realms. It's set 1,300 years after the original continuity. To quote the article: "The dragons are now just a legend to the modern world. When a geological anomaly opens up an immense, miles-deep fissure in the Earth's surface, scientists from all over the world gather at a new research facility to study the mysterious phenomenon. Soon a group of misfit kids, brought to the site by their parents, uncover the truth about dragons and where they've been hiding -- a secret they must keep to themselves to protect what they've discovered."

So How to Train Your Dragon in the modern era .

I feel like they're priming this to be their new Trollhunters...

At least they're doing something different by changing the time period. I'm curious as to how dragons will fit into the 21st century. Nice to see Jeremy Shada in the lead role. Should be an interesting series if they do it right.

Frontier said:
So How to Train Your Dragon in the modern era .

Funnily enough, there are nods to HTTYD in said show, though showrunner Aaron Waltke has said that Tales of Arcadia is not set in the same universe as said franchise.
You must log in or register to reply here.

Which DreamWorks Jr. Show Do You Like More: Dragons Rescue Riders Or Madagascar: A Little Wild?

How to Train Your Dragon Homecoming Holiday Special to Air on NBC December 3, 2019

How Different Would Avengers: EMH S2 Have Been If Man of Action and Jeph Loeb Never Got Involved With the Series At All?

New Trailer for "How to Train Your Dragon: The Hidden World" Released

Streaker Prower Vuxovich Streaker Prower wrote on Vuxovich's profile.
Hey @Vuxovich, Here is what the Five Anime Distributors would be for the Big 5 Media Conglomerates

Red Arrow
So for years, I have said omnikron instead of omikron/omicron.
Yesterday at 5:17 PM •••

Vuxovich
Hungarian voice acting legend Ottó Szokolay would have been 84 this month.
Yesterday at 4:21 PM •••