Gilda And Meek And The Un-Iverse (PG-13)

After a month of being stuck I FINALLY completed the scripts to the latest issues namely F.I.S.H. #6 "Druth Hunt" (Un-Iverse #58) and Lace Doilies #6 "I Beg Your Pardon" (Un-Iverse #59). To celebrate I did drawings of the Lace Doilies villain Newtron, and Future Vic Puff in an outfit he will be wearing in Lace Doilies #5 "Open Season". 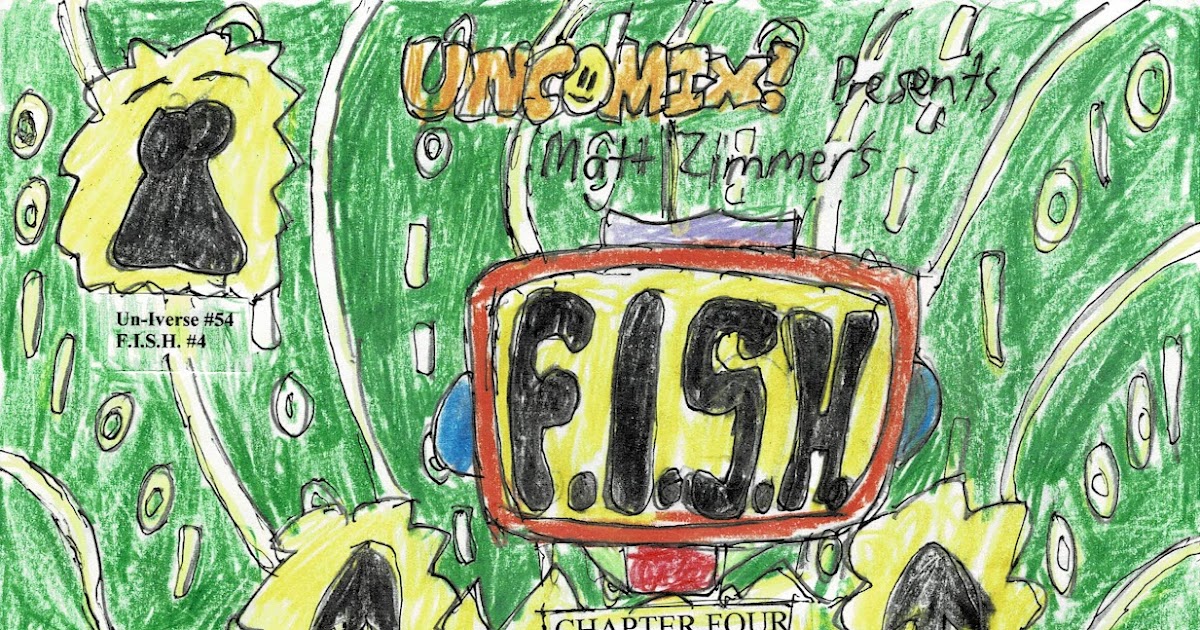 It's my birthday! Want to give me the best present ever? Catch up on Gilda And Meek at my site! 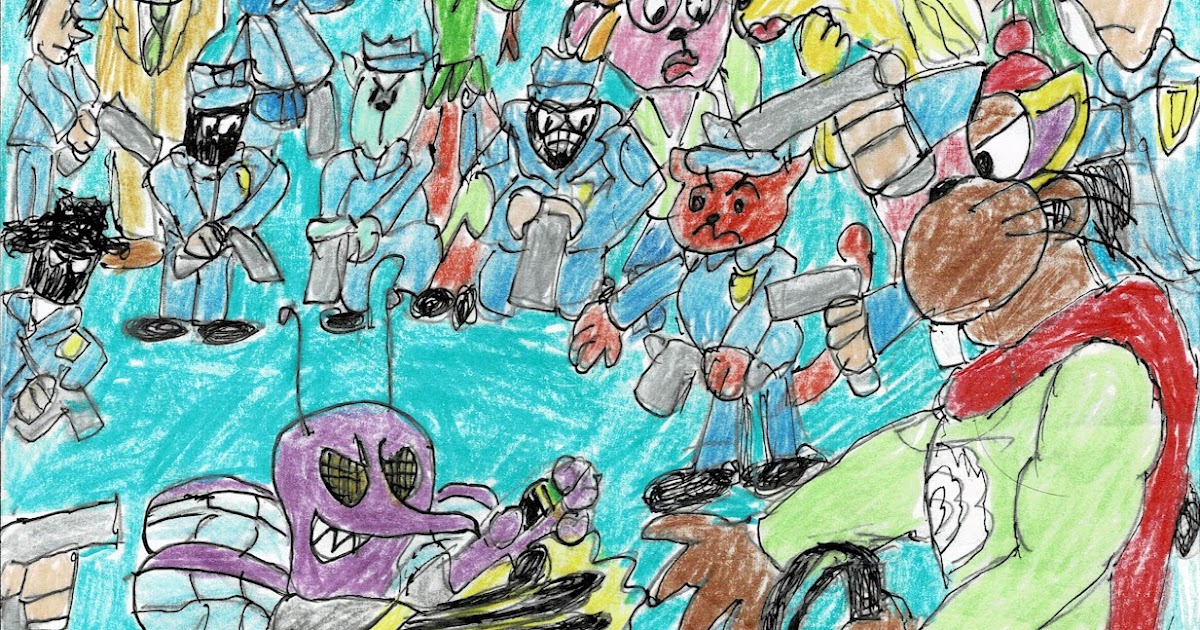 Big, BIG night! Completed two scripts (not too unusual) and I think they are both dynamite (which is!) but to celebrate the scripting of F.I.S.H. #7 "Trust" (Un-Iverse #60) and Lace Doilies "The Canvas And The Letter" (Un-Iverse #61) I did my first color EVER drawing of F.I.S.H. baddie Gothmor! Spookycool!

Spent all night fixing errors in the story and added a section about how people can support the site. To celebrate my hard work, I also did my first color picture of the Lace Doilies villain Wise-Ass. I bragged in my recent profile post that there is Un-Iverse stuff in this thread you can't find anywhere else. And that's true, so perhaps The Drawing Board will indulge me a bit of discussion. For whatever reason, my Sketching muse was silent tonight while my writing muse was singing.

I wrote a scene for an upcoming issue. I looked at the scene backwards and forwards and decided to delete it and replace it with a scene not as dark, tragic, or repulsive. And I want to talk about it a little bit because besides being those three things, I think the scene itself was great. Filled with drama, pathos, and genuine emotion. It devastated me rereading it, and I think it's one of the most powerful dramatic scenes I've ever written. What especially made me happy is the fact that despite the fact that my saga ostensibly explores why evil is bad and lame, I don't feel much of the evil I portray feels real-world credible, or as if the evil person doing the bad thing is particularly believable to that experience. Exploring the ins and outs of bad and sucky people doesn't interest me much, and is something I believe fully researching could actually hurt me on a personal level. But for some reason, I nailed the correct and believable level of depravity here without too much effort.

And I still deleted the hell out of the scene. Here is an opinion I have that few artists and creative types will share. But it's something I DO believe, as unpopular as it is. It is my opinion that just because a work of art is great or amazing, that doesn't automatically mean it SHOULD exist. I looked at the scene and asked myself several questions. Is the saga as a whole better for its inclusion? Would the female fans who've sort of grown to trust the kinds of stories I tell respond positively to this? If I were to show this scene to people who have suffered trauma themselves, would they compliment the scene's realism, or think less of me for correctly channeling the mindset of the abuser? Will it help me relate to them better or simply upset them? I weighed all these questions against the scene and the tables came out resoundingly negative on every single one of them. I don't give a crap how great it is. And True Artists will call me a Philistine for believing that sometimes great, but controversial art that triggers a negative response is actually a bad thing. But it's something I've always believed. The amazing scene is gone and will never see the light of day. 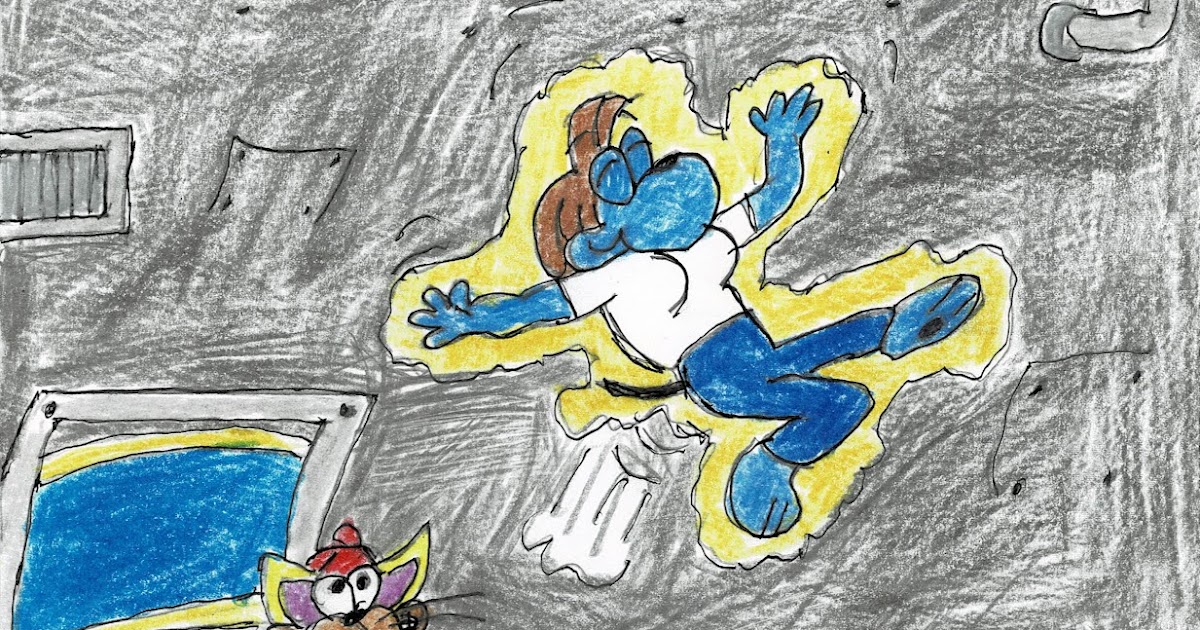 There will be some controversial aspects to that issue but I dedicated it to Kevin Conroy anyways. I couldn't wait. His death is still very much on my mind.

Ladies and gentlemen, as of this issue, all of the typos and spelling errors are now canon! I love The Un-Iverse.

Anytime your inner grammar teacher awakens to tell me the level of typos and spelling errors (as well as drawing mistakes) takes you out of the reality of the story, remember that the Author being a crappy speller and sloppy artist is part of the damn story, and me telling it incorrectly IS its damn reality! Neat idea, right?

I am sincerely second-guessing trying to sell the saga to a publisher and teaming up with a more polished artist to make things looks more "professional" when this is all over. None of this fun stuff could occur if that happened. Maybe The Un-Iverse will never make me rich. But it will be cooler and funnier if it's entirely down to me and there's no-one else to blame for this mess.

This is really good! I could definitely see it as a cartoon on Cartoon Network’s Adult Swim too.

Ajc Mage said:
This is really good! I could definitely see it as a cartoon on Cartoon Network’s Adult Swim too.
Click to expand...

Thank you so much. But you will see sooner rather than later why this would NEVER work on Adult Swim. It's too damn sincere and wears its heart on its sleeve. Despite it being adult-oriented it is entirely lacking cynicism. Also you'll soon realize that it's not actually a comedy, but a serious drama, and it secretly has been the entire time.

I'm gonna keep posting the issues free at my site because I'm the only person I trust with the ownership of them. I hope you keep up with it and enjoy it.

Completed the script for F.I.S.H. #8 "Vulgaris Returns" (Un-Iverse #62). I think I probably need to do a second pass-over draft to spice things up a bit and smooth out the edges, but the bones are done. It's gonna be one of my famous "Talky" issues.

To celebrate I drew a (rare) color drawing of The Psycow.

Wound up changing my mind about "Vulgaris Returns". Won't be blowing the roof off the joint anytime soon, but I find the issue interesting as is. If I think of anything else to add later I will, but for now I think it's all right.

I DID however just complete a script to an issue that will probably be great (assuming I don't screw up the artwork). To celebrate completing the script to Lace Doilies #8 "Bad Timing" (Un-Iverse #63) here is a color drawing of Sorceress Augatha as seen in The Pontue Legacy.

No art or issue for this post but I do have an update. I had a recommended diary on Daily Kos (about the situation with David Zaslav removing Looney Tunes on HBO Max) and as an afterthought I put a link to my site at the bottom of the article. Well, I just got more views in two days than the entire previous history of the site. People are checking out the story and I think they like it. I think you will too.
Last edited: Jan 5, 2023

Here's another new update. The diary has been off the rec list for awhile. And people are still checking out my site. Apparently, many who visited liked what they saw and are sticking with it. I'm so excited.

New Feature on the site!

Coming Soon To The Un-Iverse! At the end of every issue there is now a link to take you right to the next issue as well as a link back to the Site Index. Neat! 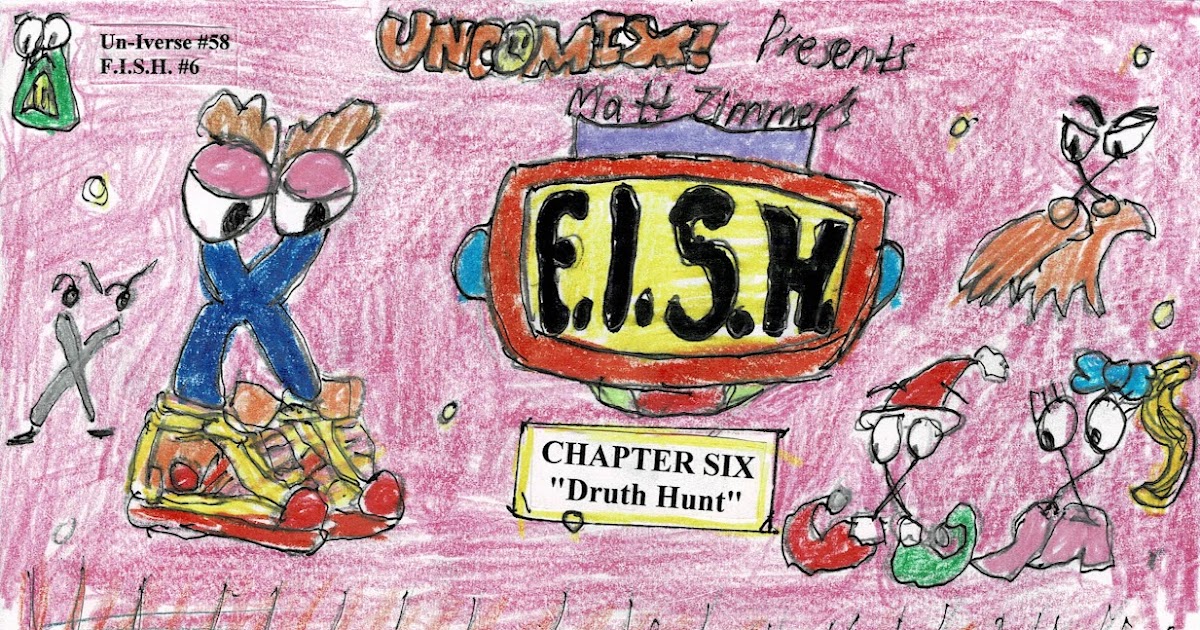 I'm Putting My Friends Out There! (Anime Superhero Edition!)
2 3

"A Foot In The Door" (Un-Iverse Fiction) by Matt Zimmer

DBTrilogy100
To think that it was 5 years ago on this day when Stella Zhau made her "technical"/off-screen debut. It wouldn't be until August 2nd of that year when she made her "formal"/on-screen debut.
Today at 1:40 AM •••

ThePharaohZ
Revivals are fine if a show was abruptly cancelled and didn't get to finish its story, but for Pete's sake, can we at least slow down on the reboots so that original content can take priority? Why are networks so afraid of innovating now as if they haven't done it before?
Yesterday at 8:23 PM •••

DaGangOfToonz
Reply if you're muslim (you can if you aren't)
Yesterday at 5:53 PM •••
K
kanc
It's been one year since NickRewind block ceased the operations.
Yesterday at 11:04 AM •••

ilpuyopuyo
it's that day of the year!