Bloodshot is still coming from Sony Pictures on February 21st, 2020.

It's supposed to be the first chapter to a cinematic universe on Valiant Comics, followed shortly after by Harbinger.

However, the Harbinger movie is moving to Paramount. 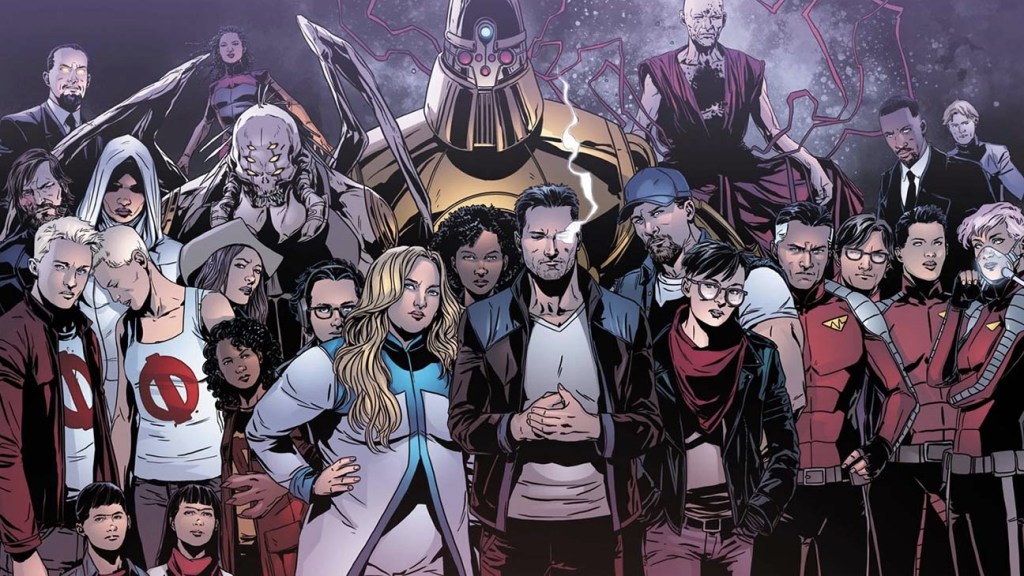 ‘Harbinger,’ the adaptation of a superhero comic published by Valiant Entertainment, has been scooped up by Paramount from its initial home, Sony Entertainment.

Harbinger, the adaptation of a superhero comic published by Valiant Entertainment, has been scooped up by Paramount from its initial home, Sony Entertainment.

Making the cross-town segue are also filmmaker Justin Tipping and the script by Tipping and Joshua Beirne-Golden working off an original draft by Eric Heisserer (Arrival). Also remaining involved is producer Neal Moritz, who was key in the transfer and who moved his first-look deal from Sony to Paramount in 2018.

Harbinger tells the story of a group of super-powered teens who rebel against the corporation that tried to harness their abilities for their own ends.

The project was to have shot this summer or fall, and had actors Dylan O’Brien and Noah Centineo circling, but is no longer on the fast-track, say sources. The plan is to have Harbinger undergo a short development process at Paramount before moving forward with the same the creative team. Moritz will produce with Toby Jaffe and Valiant Comics' Dan Mintz.

The move has several potential repercussions.

First, Valiant is a notable publisher of comics not gobbled up by a media corporation but now owned by DMG Entertainment, which fully acquired the comic publisher in January 2018 after having an initial stake. It stands apart from other indie companies such as Image or Boom! in that it maintains and continually expands a cohesive narrative across its titles, like Marvel and DC.

With designs of building its own cinematic universe, a VCU if one will, the company was already hitching its wagon to Sony, where it set up several of its titles, including Bloodshot. The latter is Valiant’s first produced movie, and stars Vin Diesel. Sony is hoping it launches a franchise when it opens Feb. 21, 2020.
Click to expand...

Is Sony going into some dark place and people are just performing some kind of mass exodus? Because between the Spider-Man situation and now this...something's going on.
You must log in or register to reply here.

Would it be feasible to get an independent Comic Book streaming service?

DBTrilogy100
Today marks the 5th Year Anniversary of Sonic Mania. As someone who had their introduction to video games through the Sega Genesis Days of Sega's mascot, this game was a dream come true for me and I am hopeful it will receive a sequel some day in the future.
Today at 4:40 AM •••

Fone Bone
Check out @stephane dumas 's "SD Sketches" thread on The Drawing Board! Can you believe he's been doing this since 2011? Holy smokes!

After some reflexion, I decided to put my...

SweetShop209
I wouldn't be surprised if this got a show at some point.

JoeMabbon
I have to admit, it's been a while since I read a really low-level, lazy clickbait article.
Yesterday at 8:53 AM •••