I find it very discouraging, absurd, and repulsive how little cartoon creators actually own of their shows, but I'm not surprised by it at all.

"If they're going to be indeed a 'delivery service' then that's fine -- but even FedEx doesn't say that they own the thing that they ship." - Prince

Prince directed this quote at the music industry in particular but it definitely applies to the entertainment industry as a whole. Too often, I find myself fuming when I am reminded that creators of television shows, whether it be animation or live-action, do not own the rights to their creation. The network/company does and that is absurd to me. As with anything, there are exceptions to the rule, such as when Trey Parker and Matt Stone, creators of South Park, signed a deal with ViacomCBS worth $900 million and managed to retain 50% of all non-tv rights to the IP. This, however, is an anomaly. 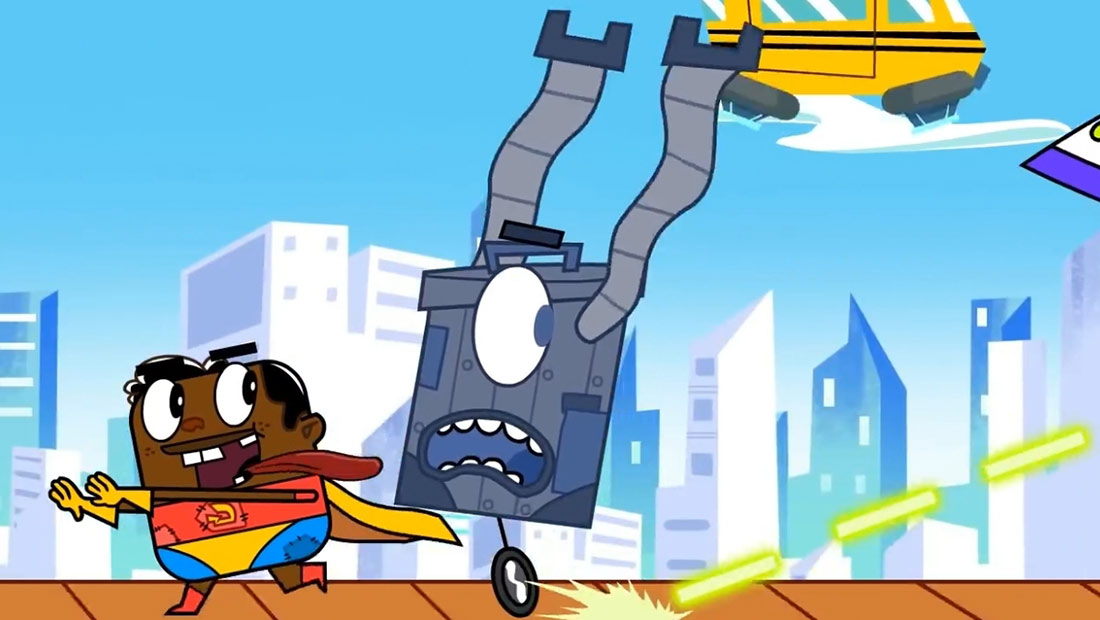 Most Industry Creators Don't Own Their Shows Or Characters. Some Production Companies Are Trying To Change That

Animation creators are generally lucky to own 10% of their IP. A cohort of young companies wants to change that.

Most animation creators don't get to own more than 5% of their brand, especially if they're new/aren't a big name in the industry.

How much IP ownership is enough?

A growing number of creators want more than the standard 5% and several new prodcos are promising a greater stake in order to attract talent and bring in more money.

As an aspiring creator, this doesn't just unsettle me. This is utterly terrifying. I shouldn't have to sign away the rights to a project I created. Like Prince said, it's fine if the company acts as the delivery service, so to speak. But to claim ownership? Nah, bro. They just need to distribute the content. And before you say it, I know it's a business. They have a bottom line. Profit is the motive. I also understand, that they are investing money in your project. However, I doubt me owning my creation is gonna cut significantly into their profits. The biggest thing that frightens me about not owning more than 5% of what I created, is cancellations. Ideally, if a network cancels my show, I should be able to take it somewhere else. But because the creator owns so little of the brand, if any at all, the network can just sit on the rights and not do anything with the show. A lot like how Micah Wright, the creator of the failed Nickelodeon animated pilot, Constant Payne, can't take the show anywhere else (at least not without paying the network $300,000 for the pilot and giving them 50% of his salary for life, which is straight up criminal).

I just wanted to get this off my chest. This really scares me, but, as mentioned in the Cartoon Brew article I linked, there are ways to keep ahold of the rights to your show, so I am hopeful.

I don’t like it either but it’s always been a very “what can you do” situation. Resistance is futile.

There are ways around it like you said. There’s more of a push for indie that some often prefer but I’m sure that puts you in a unsustainable drought as well.

I think most big time creators find solace in the fact they’ve actually created and displayed something magical; not some boob in an office making more money than you.

Companies owning IP has just always been the norm though. I wish I had a bright and happy solution for it that would satisfy everyone but I don’t.

The reasons you stated were the precise reasons I decided to not try and save up all of my secret Gilda And Meek And The Un-Iverse issues to someday land a publisher and a snazzy artist to clean things up, and just posted the ugly penciled things on my own damn blog for free instead. Will I make money from it? Very little outside of small donations from kind people. Will I get the exposure that I want? No. But it's mine, I own it, and I get to decide what to do with it. I'm on disability, and for me putting something of myself of value into the world is more important to me than receiving a ton of fame and money for doing so. It's the best I can do and I'm proud of it.

It's thievery of your work, the worst aspects of Capitalism that makes all Capitalism look bad in general. That's the problem here. I like to think Japan doesn't have this problem. Nor does anyone when it comes to European stuff. Prove me wrong if you can. I look forward to it.

I considered going through this by creating characters I don't really care about for the company. Unfortunately I have a habit of getting attached to ALL of my characters....

This is the thing I'm most concerned about: When some creations are designed to be a representation of yourself and your own creativity, and networks turn it into something that doesn't represent you and you can't do anything about it.

Always consider the amount of creative control you have over your work when getting into contracts and pitching ideas.

The tug of war between Kojima and Konami leads me to believe otherwise.

JoeMabbon said:
The tug of war between Kojima and Konami leads me to believe otherwise.
Click to expand...

UGH..... And here I was, thinking the "land of anime/manga" knew better than us dirty hungry Americans with this noise.

Doesnt matter what it is nor where it came from: Cronyism ruins just about everything and everywhere it takes place, in the end. And we all know why by now, too.
Last edited: Nov 3, 2022

For kids cartoons at least, the shadow of Nickelodeon firing John K. off Ren and Stimpy looms large.

That put the fear of God in most of the creators that came after him, and now no one's gonna make waves on this front for fear of being treated as expendable by execs.

When Nick did the same thing to Chris Savino, animation industry people got more worked up by the notion the show shouldn't go on without him than his firing.

Zanneck said:
UGH..... And here I was, thinking the "land of anime/manga" knew better than us dirty hungry Americans with tgis noise.
Click to expand...

The anime industry is just as bad, if not worse.

Leviathan said:
For kids cartoons at least, the shadow of Nickelodeon firing John K. off Ren and Stimpy looms large.

That put the fear of God in most of the creators that came after him, and now no one's gonna make waves on this front for fear of being treated as expendable by execs.

When Nick did the same thing to Chris Savino, animation industry people got more worked up by the notion the show shouldn't go on without him than his firing.
Click to expand...

There's another case involving Nickelodeon where, IIRC the creator of Making Fiends can't even create a comic series of her show because Nick execs cancelled it and just sat on the rights. What's crazier is, the show had only six episodes. SIX. FREAKING. EPISODES. Absolutely disgusting!

Then there's the opposite problem of milking a show for all it's worth against the creators wishes. Remember the big Kamp Koral controversy?

As I was typing this, I just realized that Nickelodeon seems to be the biggest offender, but I'm 100% certain that other companies do this as well.
Last edited: Nov 3, 2022

Not that it was anything new even when John K got the sack, it's not as if Tex Avery was able to take Bugs Bunny to MGM or Droopy to Walter Lantz. Later in life Friz Freleng would say he preferred the Pink Panther to any of the characters he worked on at Warners because "the Panther makes me money".

If we're honest most of us (and I include myself in this) are incredibly inconsistent when it comes to this issue. A lot of people who wince at Kamp Koral cheer on the Animaniacs reboot, despite Tom Ruegger and others being publicly unhappy with it or tactlessly excluded. A lot of us are often happy to see revivals of series whose creators are not involved by dint of a pesky thing called death.

At the end of the day life is compromise, and it's up for creators to decide if the offered budgets and increased visibility (and potentially, legacy) of their characters and world is worth the risk that it might fall through and there will be legal restrictions for them on any future use of their own characters, or that the studio may use your characters in ways you may not improve on, possibly even after you're gone. You just have to hope most creators are aware of what they're getting into when they weigh it up.

SuperSuck64 said:
As far as I'm concerned, just burn all of Hollywood to the ground along with Nick since clearly that's the only way things are ever going to get better.
Click to expand...

And while we're at it, let's just burn this thread to the ground because it's pretty obvious it's going to be a repeat of the "Is Animation Beyond Saving?" thread. Closed.

Illumination can make great movies, and it's not for lack of trying.

Optimism In The Animation Fandom

The Rise Of Preschool And Adult Action Shows

B
Does Cartoon Network/Warner Bros. officially declare cancellations of CN shows at all?

I hate generalizations about western animation or japanese anime