The Full Monty is getting a sequel in form of a limited series on Disney+ UK's Star hub. 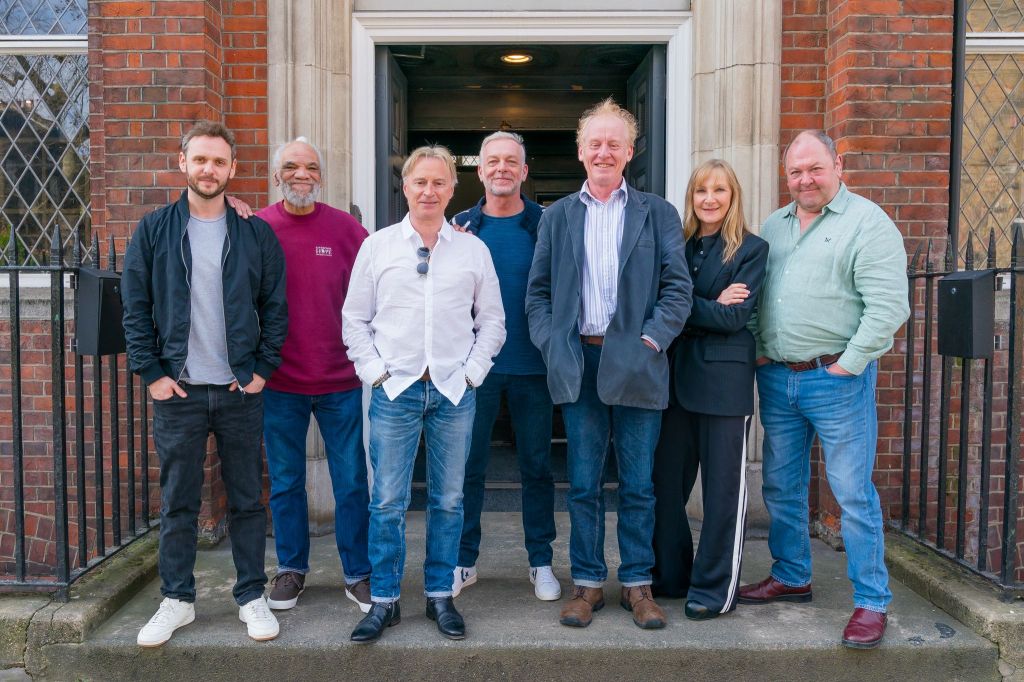 Beloved BAFTA-winning British underdog movie The Full Monty and its Robert Carlyle-led cast is returning for a Disney+ limited TV series, with production kicking of in Sheffield and Manchester toda…

Disney+ is coming to EMEA countries. The streaming platform is launching first in South Africa (on May 18th), then the Middle East (on June 8th), then the Central and Eastern Europe region (on June 14th) and finally Israel (June 16th).

Disney+, the streaming service from The Walt Disney Company, has confirmed its launch dates and pricing for the 42 countries and 11 new territories with South Africa to launch on 18th May followed by all other countries listed in June.

I can confirm it by the email that Disney sent to me today.

With Disney+ in Denmark, Sweden and Norway (and presumably also Finland, though I haven't really heard any news about Finland) adding seasons 3 and 4 of Star vs. the Forces of Evil on Wednesday, I've informed customer support via live chat to ensure that viewers in Nordic countries get a perfect experience streaming this particular show.

I've requested that the team at Disney+ responsible for adding new content ensures that each and every single episode of the show, including the three currently episodes from seasons 1 and 2 that are currently unavailable in Denmark, in addition to "A Boy and His DC-700XE / The Monster and the Queen" (which currently completely lacks Danish, Swedish and Norwegian audio) and even "Knight Shift / Queen-Napped" (which is unavailable in some European countries) becomes fully available in the Nordic countries, with Danish, Swedish and Norwegian dubbing as well as Finnish subtitles fully available. I've also requested that most episodes also use the same prints for certain episodes also used by Disney+ in the United States, since the Danish, Swedish and Norwegian dubs are generally only found on those particular prints.

Edit: They added seasons 3 and 4 today. Each and every single episode from the third and fourth seasons is now fully available on Disney+, with not a single one of them missing to my knowledge—even "Knight Shift / Queen-Napped," which is missing from the Disney+ library in other countries, is actually there! All episodes use the same prints also used in other European countries, and all of them have Danish, Swedish and Norwegian dubbing available, as well as Finnish subtitles. However, they're still missing certain episodes from seasons 1 and 2, so I've submitted my feedback to them.
Last edited: Apr 6, 2022
Z

Looks like some episodes of The Simpsons from season 33 can now be watched with Turkish dubbing! This Turkish dub appears to be brand-new (and presumably exclusive to Disney+, with no indication if it's directly from FX Turkey or not), and was produced by Saran Digital Studios. Homer is voiced by Barış Özgenç in this dub.
Z

They actually added the TV Puls Polish dub of The Simpsons for selected season 1 episodes! Unlike the lektor featured in later HD-era episodes, this is an actual proper dub! The Simpsons Movie is also now available in Polish, and it's the official dub rather than a lektor. All of this is part of a very recent mass addition of Polish, Czech, Slovak, Hungarian, Romanian, Greek and Turkish audio/subtitles to the service (which also included adding dubs of Encanto in the aforementioned languages).
Z

The second season of Amphibia is now available on Disney+ in Denmark, Sweden and Norway in its entirety. All episodes can be watched with Danish, Swedish or Norwegian dubbing.
Z

Edit: The first High School Musical movie also suffers from the exact same issue on its Polish audio track from what I've discovered, but the second and third movies are fortunately fully dubbed.

Edit2: Captain America: The First Avenger (which had Polish dubbing on HBO GO commissioned specifically by Disney), Ice Princess (which was aired with dubbing on Disney Channel Poland), and Minutemen (which was aired with dubbing on Disney XD Poland) also suffer from the same problem. I've checked this page, which contains a list of Polish-dubbed movies and TV shows which also have lektor voice-over versions available: Użytkownik:Marek/Czarna lista – Dubbingpedia
Last edited: Apr 17, 2022 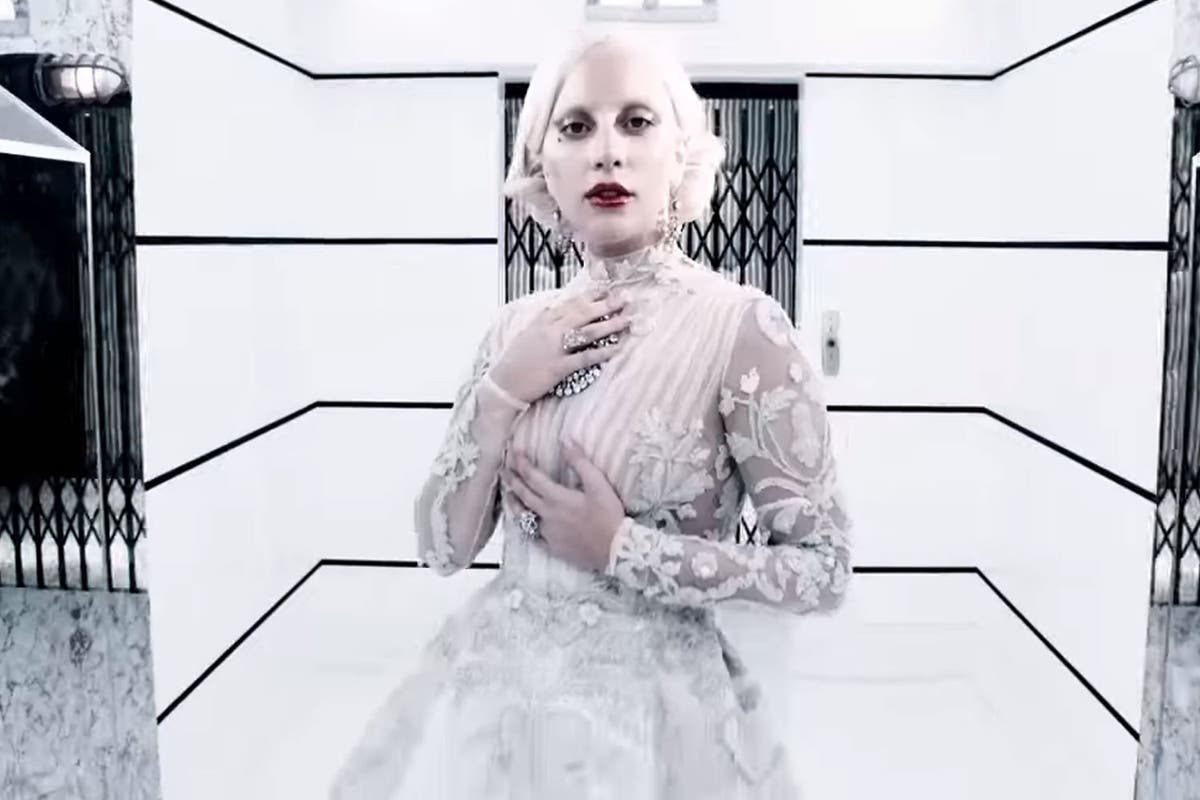 The series left Netflix last month - but fear not, it’s coming back to a new streaming service

Disney+ in Denmark, Sweden and Norway recently added the entire second season of Amphibia on April 13th. All episodes have been dubbed into Danish, Swedish and Norwegian.
Z

Here's the promotional banner for Amphibia season 2 on Disney+ in Denmark:

Disney+ in Denmark (and I presume also Sweden, Norway and Finland) has added the two missing Star vs. the Forces of Evil episodes from season 2 ("My New Wand / Ludo in the Wild" and "Star vs. Echo Creek / Wand to Wand"). The second season is now officially complete, with the show's only missing episode at the moment currently being "Mewnipendence Day / Banagic" from season 1.
Z

Bizarrely, the first episode of Monsters at Work can now be watched with Thai dubbing on regular Disney+ (i.e. the non-Hotstar version). Normally, the Thai dub is supposed to be entirely exclusive to Disney+ Hotstar instead! I can understand adding the Thai dubbing of Raya and the Last Dragon since that movie has a Southeast Asian setting, but Monsters at Work? Seriously? 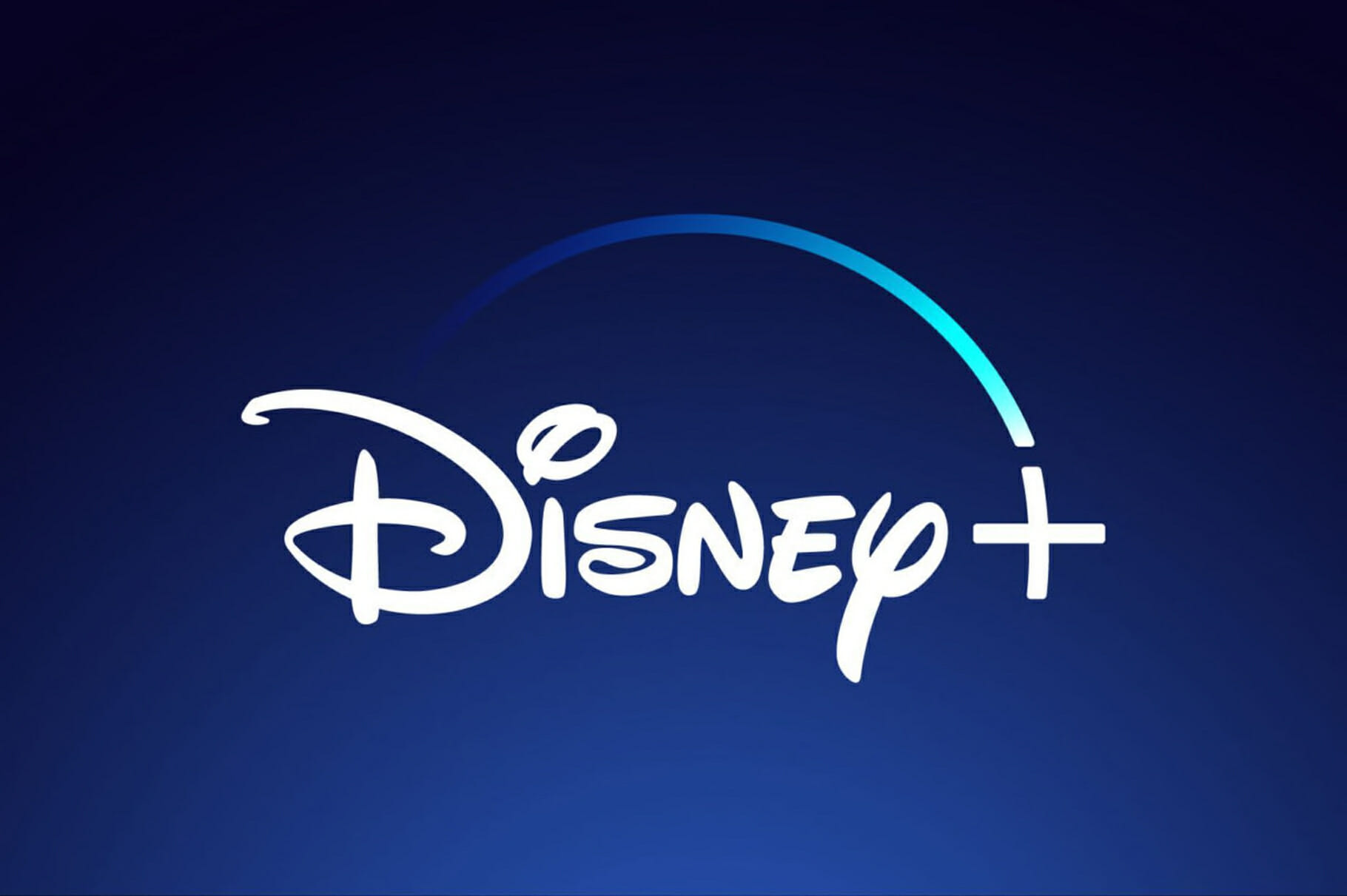 The Walt Disney Company will launch its Disney+ streaming service in South Africa in May. The output will offer quality including 4K and says that up to 4 de

The third and final season of Soy Luna is now live on Disney+ in Nordic countries (Denmark, Sweden, Norway and Finland), after being widely requested by fans for a long time. None of the episodes are offered with Danish, Swedish, Norwegian or even English dubbing, but all of them are available with English, Danish, Swedish, Norwegian and Finnish subtitles, and all of them can be watched with the original Spanish-language audio.
Z 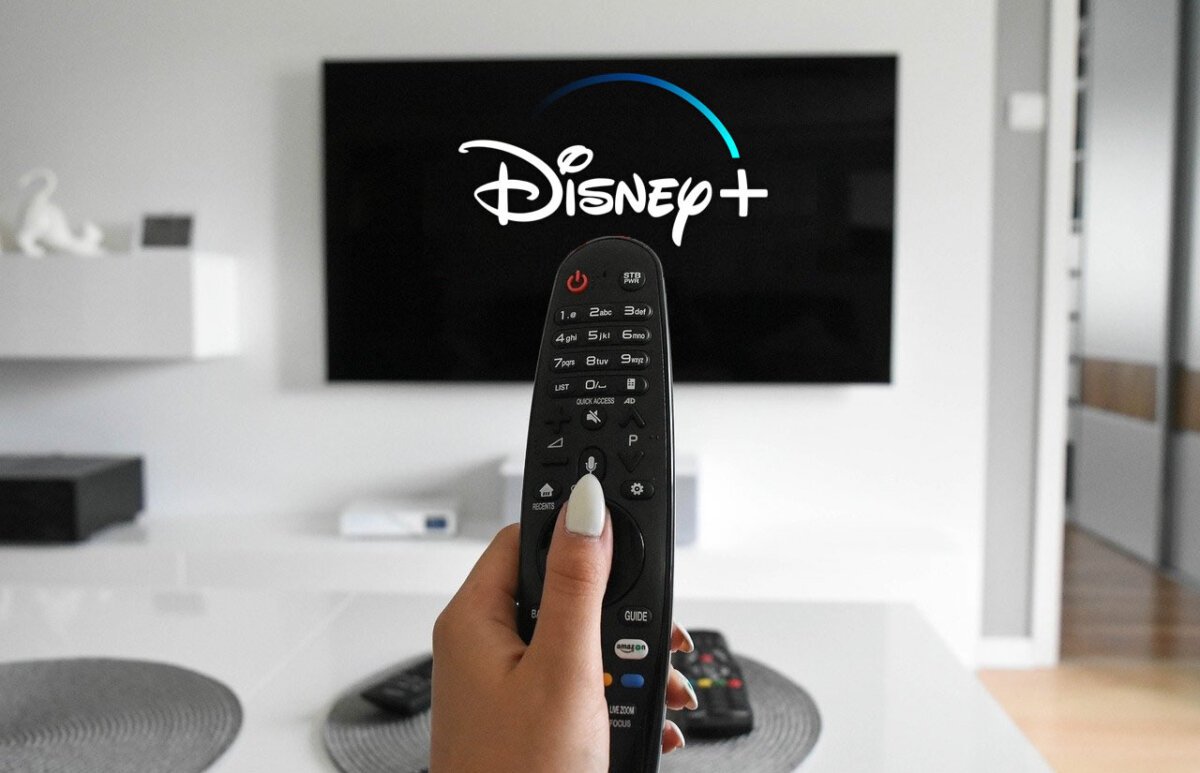 Disney+ in Denmark seems a bit boring next month, especially with the apparent lack of Disney Channel or Disney Junior content coming soon. But there's still stuff to come anyway!

It's a Sin is now available on Disney+ UK's Star hub. 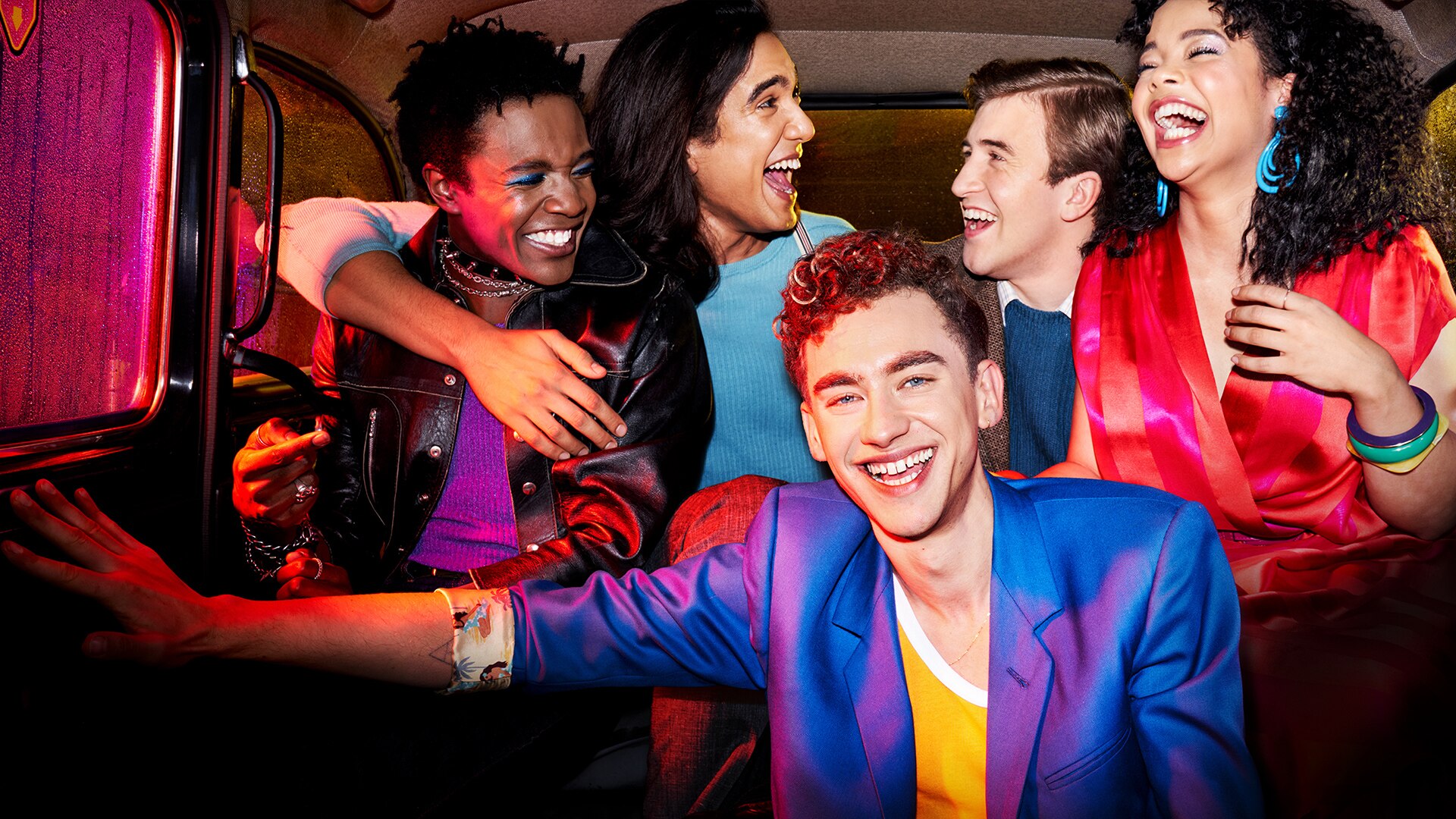 Disney+ subscribers in the UK and Ireland will find a couple of surprise additions today, one is the 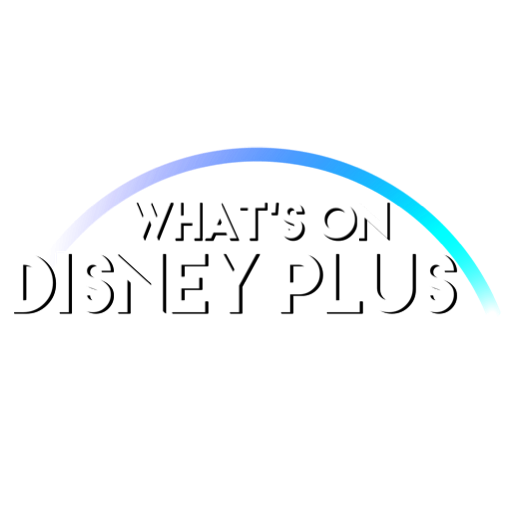 I've noticed that Disney+ is now carrying a Slovak dub of the 2012 animated series Ultimate Spider-Man. I honestly have no idea as to where exactly this mysterious dub came from, especially since Disney Channel CE (which did air the Czech and Hungarian dubs of this series) has never specifically had a Slovak audio track to begin with (instead exclusively airing in Czech in Slovakia), and I haven't been able to find any information regarding the Slovak dub outside of Disney+.

Perhaps this dub is actually original to Disney+?
Last edited: May 1, 2022
Z

According to these Swedish Disney+ highlights for May 2022 (which are much more extensive than the Danish highlights I previously posted in addition to also being fairly accurate overall), Dinosaurs should be coming to the Swedish Disney+ on May 4th. Considering as the Swedish Disney+'s library is overall very similar to the Danish one, I'm fairly certain that it's also coming to the Danish version as well (the Norwegian and Finnish versions of D+ are very likely also getting the show too). Every episode is already available with Danish, Norwegian and Finnish subtitles, and almost every episode except for season 1 episode 2 currently offers Swedish subtitles.

The Negotiator will be available to stream on Disney+ UK's Star hub later this month. 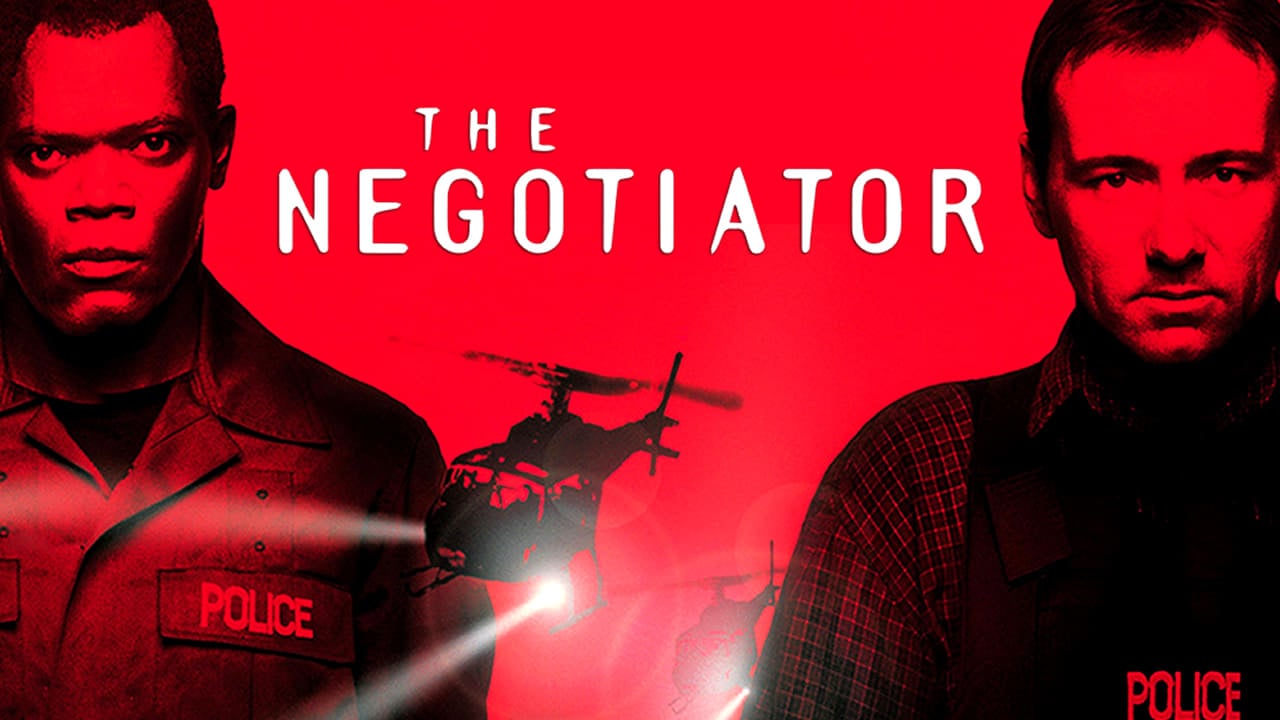 'The Negotiator' Coming To Disney+ (UK/IRE) - Disney Plus Informer

“The Negotiator” will arrive on Disney Plus in the United Kingdom and Ireland on Friday, May 27, 2022.

www.disneyplusinformer.com
You must log in or register to reply here.

Games You Still Own From When You First Purchased Them?

Does anyone felt like Nickelodeon doesn’t treat their other Nickelodeon cartoons very well?

SoundDestroyer
Hi guys. After 2 days, I'm finally home. I also have something planned to tell you, but that wont be till next week. Really glad to be with my dad and brother again.
37 minutes ago •••

The winner of this matchup is Winnie The Pooh 2011, which got 2 votes. My Little Pony Rainbow Road Trip got nothing. The next matchup is between Alvin And The Chipmunks Meet The Wolfman and Scooby Doo: Frankencreepy.
Today at 6:01 AM •••