Palk Áron 2002 said:
CBBC closedown on Virgin Media yesterday. They probably won't make any way for BBC3 and its test transmissions, until the official relaunch.

Virgin Media is a closed system, on Satellite (both Sky and Freesat) and DTT you can scan for frequencies, on cable you can't do that unless you're using unauthorised equipment. I would imagine that Virgin will either add the channel a week before launch or wait until the official launch. When GB News launched last year, Virgin aired the prelaunch loop.

The cable network is constantly scanned on Digital Bitrate, so if there's anything been tested, it will be here. DVBC Bitrate Monitoring UK Cable Virgin Media

It's alleged that the BBC One HD regions will launch on cable on Monday, there's a load of "No Name" digital channels, also it's possible that BBC Three might be added then as well.

zeebre12 said:
How many kids channels operate in France now?
Click to expand...

zeebre12 said:
How many kids channels operate in France now?
Click to expand...

I have no idea

Probably there are some other minor ones

Even losing the Disney's in the future in France, wouldn't mean much of a loss, although Gulli is the only one on TNT (free digital terrestrial)

Here is another CBBC closedown, this time from 10 January, before BBC3's test loop would start. It cut to an ident image, but a sped-up and muted version of the BBC3 ident kicked in too.

Palk Áron 2002 said:
Here is another CBBC closedown, this time from 10 January, before BBC3's test loop would start. It cut to an ident image, but a sped-up and muted version of the BBC3 ident kicked in too.

Just to be pedantic though, BBC Three and CBBC share a frequency , just like Cbeebies and BBC Four, but not a EPG channel .

Infact, the transition might only be caught if one has some odd equipment out there or works for the BBC, otherwise, the two channels have a different PID and different EPG positions
M

Believe it or not, Polsat JimJam's up next bumpers for "The Little Bear Movie" and "Back to School with Franklin" accidentally use... BGM from Minimax CEE 2021-present next bumpers:

Minimax Hungary continuity and a fragment of the "news" program, from March 2003.

However, BabyTV will be remove from Astro Malaysia from February 1, 2022

I think Moonbug might be a possible buyer for BabyTV if Disney wishes to sell it, Moonbug was recently bought by two ex-Disney executives, also the ex-manager of Disney Channel EMEA is now head of their studio.

RegularCapital said:
I think Moonbug might be a possible buyer for BabyTV if Disney wishes to sell it, Moonbug was recently bought by two ex-Disney executives, also the ex-manager of Disney Channel EMEA is now head of their studio.
Click to expand...

Yeah, I can't see Baby TV being kept by Disney for a long time

Three Minimax Hungary continuities from 2004. The second continuity has a rare occasion where the next bumper didn't have the ident theme, but rather the theme song of the upcoming show.

Through a source, it looks like TelkomOne added Toonami and Boing. I can see many reasons why these channels aren't on DStv I mean they're very particular when sourcing channels. It shouldn't dwell so much on Nostalgia and have an ongoing slate of fresh entertainment which is certainly not these two. 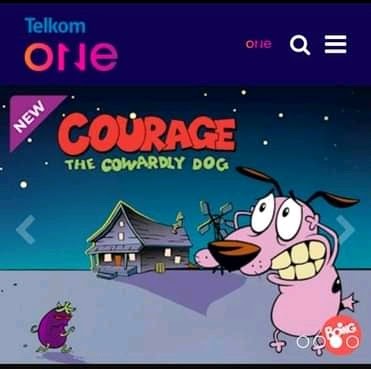 New Channel Alert (Partially Rumors): TelkomOne Seemingly Add Two Kids Channels Toonami And Boing As Well As Movie Channel TNT While W-Sport Has Been Added Onto The StarTimes App + MultiChoice Might Be Launching An eLearning Channel

Minimax Hungary, Summer 2003. The ident at the beginning has the logo colored in the 2004 style, it can be understandable, as there were various idents where the color of the ring wasn't emerald green.

As i checked on Medianet Lyngsat page, i see that PBS Kids launched in Maldives through Medianet.

ilpuyopuyo said:
As i checked on Medianet Lyngsat page, i see that PBS Kids launched in Maldives through Medianet.
Click to expand...

Oh that's cool, for some reason, the website doesn’t notify me when a new post is available so I might not be here as often as usual.

Streaker Prower said:
CBBC on BBC One aired The Fairly Oddparents during the 2000s

I know and that probably means it also aired on the normal CBBC channel.
You must log in or register to reply here.

Corus Entertainment to merge with WarnerMedia

RainbowCupcake
So NERF sells Minecraft toys apparently...
Today at 11:37 AM •••

Low Spark of Lyman
Something I've noticed about Popeye on MeTV's Saturday Morning Cartoons as of late- not only are there now 4 shorts instead of 3, they're mostly, if not entirely, ones from the 1950s. A decade that Warner Home Video has yet to tackle for the Sailor Man. Almost like it's a sign.
Today at 8:25 AM •••

Today at 4:18 AM •••
K
kanc
I'm not sure what Nick waiting for: every weekend Nick is airing keep it here Nick ads for Warped! But still no word for whether it's cancelled or renewed.
Yesterday at 4:21 PM •••