So I'll keep doing this talkback for the remainder of the weekly Nickelodeon airings. If you want to discuss the episodes on Netflix, you're welcome to do so, just maybe use spoiler tags. 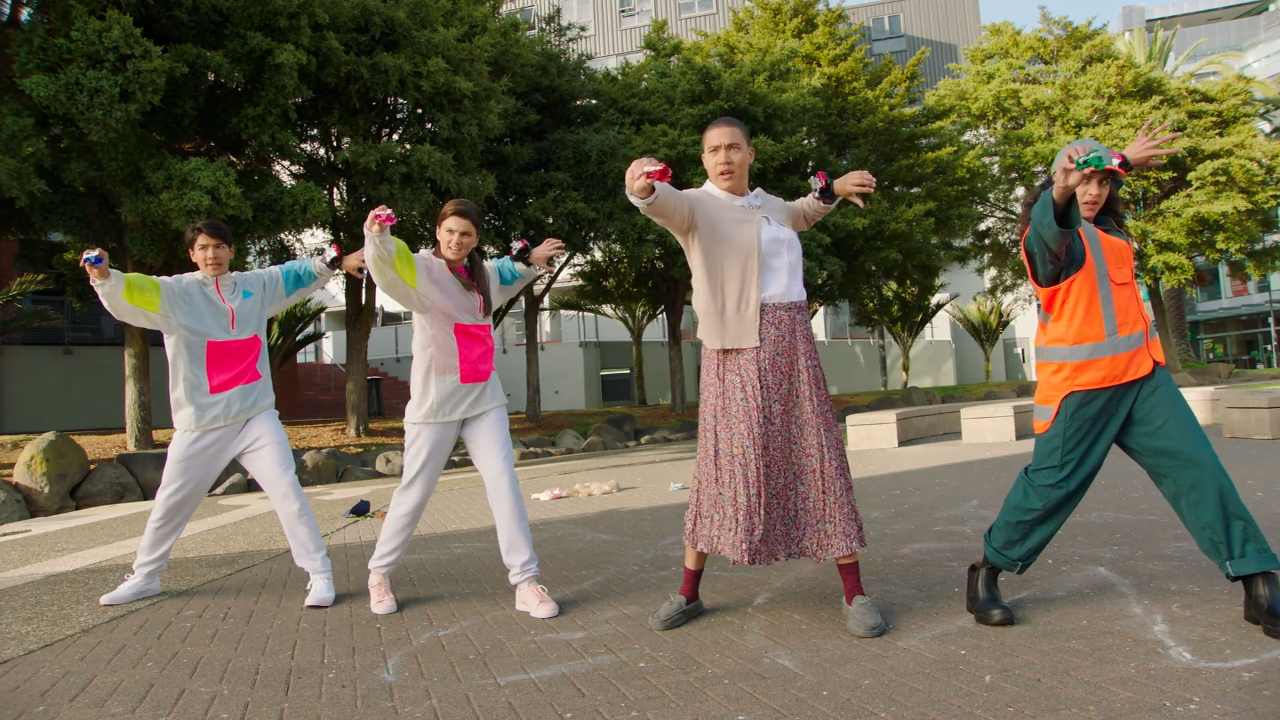 Episode 13 - "The Matchmaker"
Nickelodeon Air Date: October 16th, 2021
Javi thinks Izzy has a crush on a friend and he sets them up on a date, but his assumption causes big problems when the monsters smell love in the air.
Last edited: Oct 23, 2021

Now Netflix will have exclusive rights to Dino Fury season 2 as of next year. 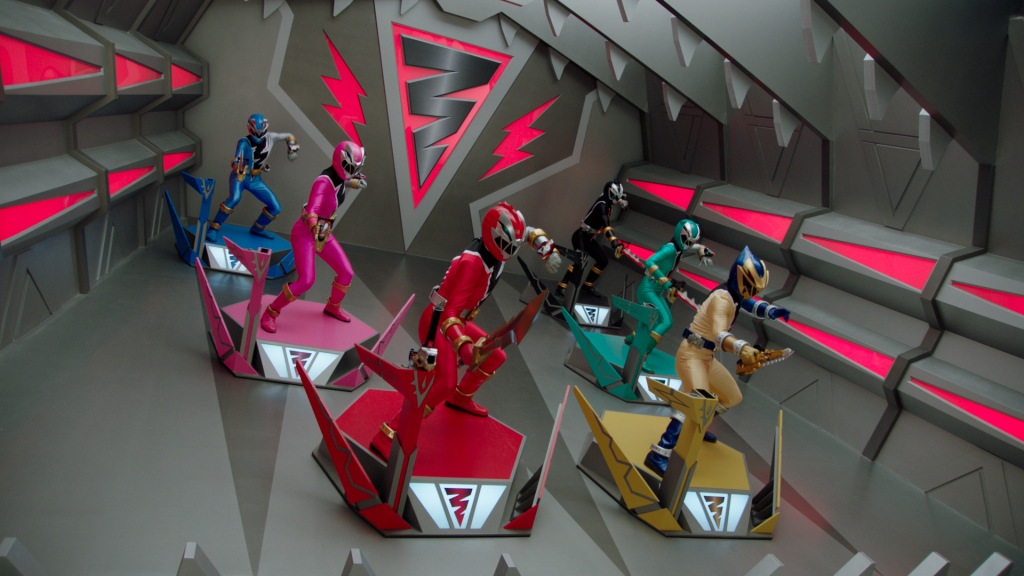 EXCLUSIVE: The venerable Power Rangers TV series is on the move. Netflix will be the exclusive U.S. home for the upcoming second season of Power Rangers Dino Fury — Power Rangers’ 29th … 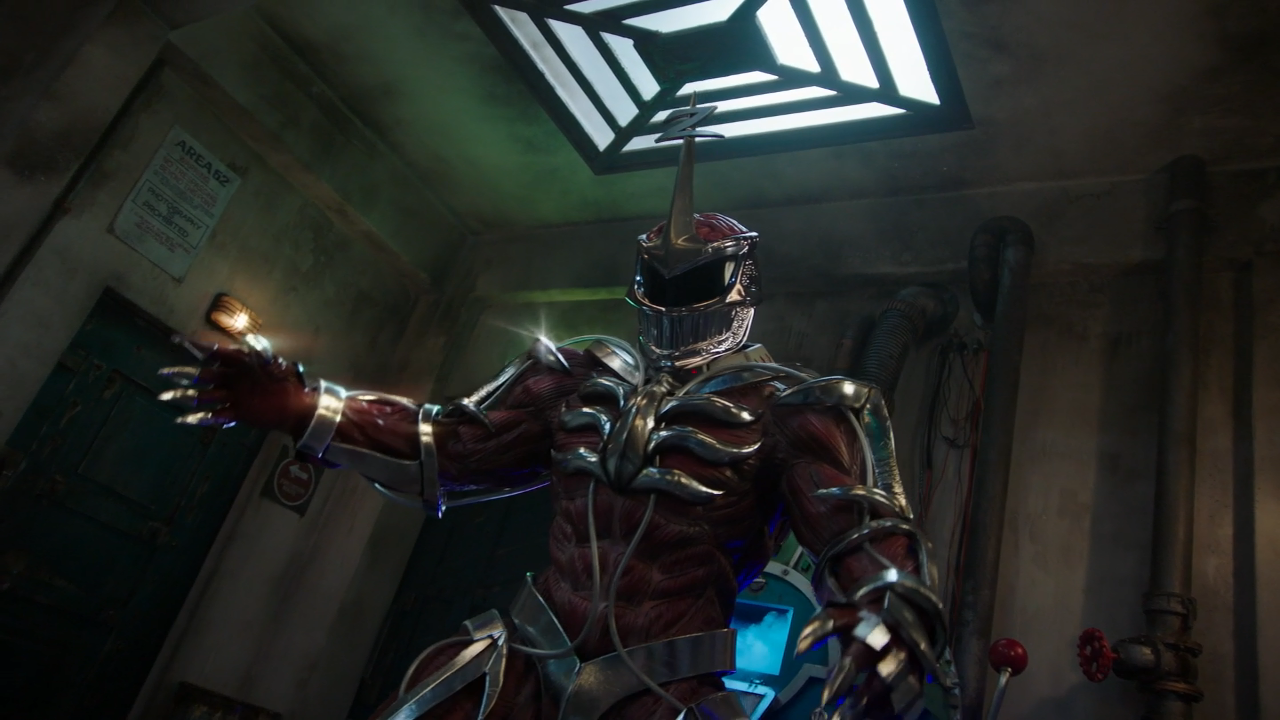 Episode 14 (Halloween 2021) - "Old Foes"
Nickelodeon Air Date: October 23rd, 2021
Ollie boasts to his friends that he’s afraid of nothing! But when the other Rangers are captured by a legendary villain, Ollie realizes his biggest fear. 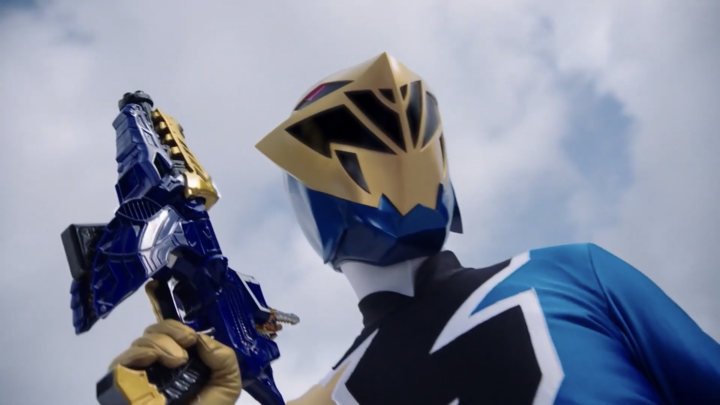 Episode 15 - "Storm Surge"
Nickelodeon Air Date: October 30th, 2021
Ollie agrees to help Javi with a story, but his desire for new tech distracts him from his promise.

Episode 17 - "Our Hero"
Nickelodeon Air Date: November 13th, 2021
Aiyon is given free ice cream as thanks for a heroic act, and the perks go to his head. When his Zord is captured, Aiyon learns what it means to be a real hero.

Episode 18 - "Crossed Wires"
Nickelodeon Air Date: November 20th, 2021
Izzy attempts to hide her struggles with electronics class, putting the Rangers at risk when they rely on those skills during a battle.

Episode 19 - "The Makeover"
Nickelodeon Air Date: November 27th, 2021
The villains use a Sporix Beast with body-swapping powers to chase pirate treasure, which interferes with Amelia’s attempt to make over Pop-Pop for a date.
Last edited: Nov 27, 2021

New post for the last month of this season:

Episode 20 - "Walking Nightmares"
Nickelodeon Air Date: December 4th, 2021
Seeking new Zords, Zayto is trapped on a distant planet, and Aiyon makes a risky trip to save him. Together they must confront the nightmares of their past before the Zords can be found.

Episode 22 (Christmas 2021) - Secret Santa"
Nickelodeon Air Date: December 18th, 2021
While the Rangers fight to get Santa’s magic sketchbook back from the villains, Javi and Solon are caught in a trap!

And so, after 11 years and a whopping 241 episodes, Power Rangers has ended its run on Nickelodeon. More over, this marks the end of the franchise's 28 year run on linear television, as it will be moving exclusively to Netflix in 2022.

I don't know if anyone here is still watching, but I'll have a talkback thread ready for Dino Fury season 2 as soon as the first batch drops. Probably in a different format, given that we'll be getting multiple episodes at a time. Beyond that, I guess depends on where Hasbro decides to take Power Rangers from there (rumors have been everything from shifting to animation, doing a live-action series with all original footage, or adapting Zyuohger in 2023).

nick.com now has just removed all episodes of Power Rangers Dino Fury, the site is still there with nothing on it.


The first two episode titles are also out, with descriptions.

The idea that gym memberships are scams is a questionable moral for sprogs, but they at least managed to use super shady examples of why that coach sucked butt.

I wonder what David Yost thinks. They did SO wrong by that guy back in the day so it's good they can show gay relationships now.

Dino Fury is about as dumb and badly written as most of the other shows. But I've noticed it's taken some refreshingly progressive political positions the previous incarnations would never have dared to touch. The show is still stupid, but there's something cool about it now anyways. ****.

I didn't know Lord Zedd and Rita Repulsa had been redeemed. Since they had been I'm not too happy Zedd came back.

His costume has been updated a little. Looks a lot more solid.

This wasn't quite a Halloween clip show. There were clips but they didn't drive the episode.

Still this show's clips are worthless. They recast the voices of everyone, even the live-action Rangers. I've never heard of another franchise doing that and it's annoying.

Better than most Halloween specials but not great. **1/2.

Ollie is kind of a turd.

There always seems to be a Gold Ranger.

The puns in the episode were awful, even for this show.

For a hot minute, I thought the Rangers were gonna lose the battle and the Zords would be destroyed (to be replaced with different ones next episode, natch). Silly me, thinking the show would be REMOTELY unpredictable. Even if there coulda been new toy sales for the idea, on this show, The Status Quo Must Be Protected At All Costs. I was a dope for ever thinking otherwise. **1/2.

That bit at the changing station made me laugh. Not because it was funny, but because it was SUPER dumb. I was like "Who would that fool?" Apparently every dummy on the show.

I liked Zayto saying patting himself on the shoulder felt weird.

Aiyon's actor spitting out a worm shows few actors on this show are afforded personal dignity.

Pop-Pop's stuff was mildly charming so I didn't hate the episode. ***.

Mucus' fantasy dance sequence was super dumb but the rest of the episode was all right. ***.

I like Ollie's Mom. She's kind of fierce. I also liked it when Ollie blame Zayto for her being caught in the Void. That was interesting.

Also interesting was when Zayto refuses to save Mucus and Slither from the Void she that sniffs that he's not much of a hero. Considering the Rangers nearly destroyed Void Knight's unconscious girlfriend, I think she may have a point.

I can't believe this show has any adult fans at all. Yeah, I watch the show out of morbid curiosity, but I don't actually LIKE it. Any adult fan who attends a convention for this show needs to be reminded loudly and often that in this specific continuity, Santa is real. Also he works at the mall now, which is a special level of crazy. This show is for toddlers. Literally any adult fan telling you differently is kidding themselves.

For the record, the guy they got to play Santa was pretty good.

It boggles my mind that for the Christmas and Halloween episodes, they always wind up clips shows. It's like the one time the show SHOULD put in the extra money and effort, they ALWAYS take the cheap and easy way out. It makes no sense.

This show is SO lame. And I still watch it. What does that say about me? **1/2.
You must log in or register to reply here.

"The Lord of the Rings: The Rings of Power" Series Talkback (Spoilers)

Vuxovich
Nowadays, Cartoon Network have done everything they can to bury Powerpuff Girls Z, not referencing it in Crossover Nexus and other Cartoon Network media. Why?!
Today at 8:17 AM •••

Rabbitearsblog
Twitter, why are you such a bane of my existence?
Yesterday at 10:39 PM •••
T
the_joker Light Lucario the_joker wrote on Light Lucario's profile.
I just found out a life-size Lucario plush exists.
Yesterday at 7:42 PM •••

DBTrilogy100
Today marks the 20th Year Anniversary of (the "formal" premiere of) Codename: Kids Next Door. This show is one of (if not) my favorite Cartoon Network show(s) and I remain hopeful that Tom Warburton's wish for the sequel show to see the light of day become a reality.
Yesterday at 5:25 PM •••