Kazuya will be releasing June 29


Sakurai has officially confirmed there will not be anymore DLC's being released after Fighters Pass 11 becomes available later this year, confirming we will see the game's final video presentation coming soon.

I like to see Bandana Waddle Dee being the 11th and final Fighters Pass character added, thus we have four Kirby characters. He's also being appearing in a lot of modern Kirby titles and is really popular.

I would also like to maybe see a deluxe version of Ultimate (as in an enhanced port) being released on a future Nintendo console, thus we have the same content from the original, but with several new fighters and several new stages thrown in along with several changes being made (like bringing back All-Star Mode from previous titles, the Ultimate DLC fighters - along with some new fighters, joining the base roster, an updated version of the World of Light story, etc.)

Oh and yes, we finally got some teasers about the second Fighters Pass amiibo starting with Min Min, who will be releasing sometime in 2022.

I speculate the eleventh and final Challenger Pack will release this fall.
A


I assure the final SSBU DLC fighter will be announced here.
A

Sakurai plans to reveal the very very last fighter ever for the game next Tuesday. 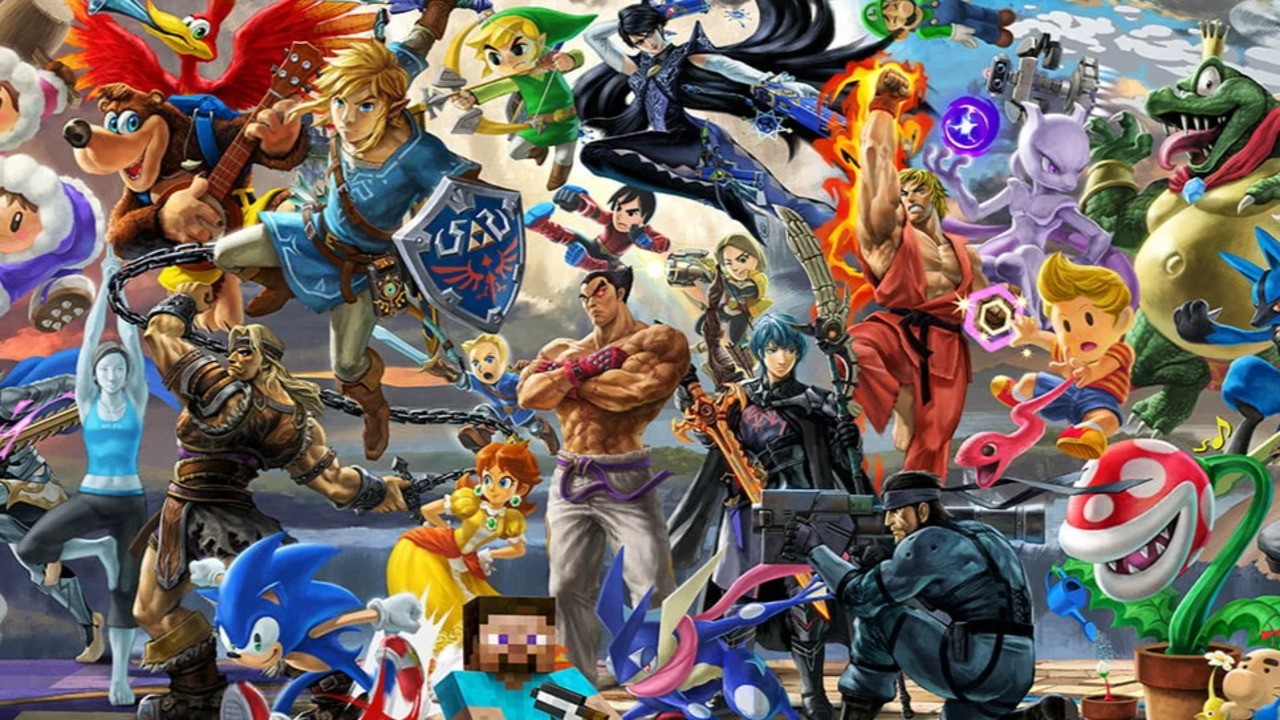 The final video presentation will last 40 minutes.
A

There is only one more day left until Sakurai reveals the final DLC fighter for Super Smash Bros. Ultimate.

I am crossing my fingers the last fighter will turn out good and that we do not get a unlikely requested character (yes Goku and Shrek, I'm looking at you).

He and the staff at Nintendo have been doing such a good job developing this game over the past few years and it's about time he gets some rest after the presentation is over.
Last edited: Oct 5, 2021

I would personally love to see Crash Bandicoot or Rayman make it, though if I were a betting man, I'd say it's most likely going to be a Pokemon Sword/Shield starter evolution.
A

The final DLC fighter for the game is coming out today!

Fingers crossed this new and last fighter turns out promising.

And I will fully copy to being completely wrong, and pleasantly surprised.

I was extremely surprised by the reveal too. I said out loud "Oh my God. The mad man actually did it." I haven't gotten any of the DLC for Smash yet, but now that all of the characters for both packs have been revealed, I might try to get them down the road. I haven't played the game in quite some time too. Listing out all of the features and characters in the game really showed how much work Sakurai and his team has put in to make this game. Now that they've finished the Fighter packs, hopefully Sakurai can just relax and not be so overworked.
A

Sora (whom I thought would've never joined because I thought Sepiroth would've decreased his chances since there were two Square-Enix reps.) will finally be coming to the game as the very last ever DLC fighter on October 18


There will only be three Mii Fighter costumes being released, two hailing from Splatoon and one hailing from Doom


Reveal trailer for Sora can be watched here


There will be 9 songs released

I am so pleased with all of the hard work Sakurai and Nintendo as whole put into this game.

We got so many good content released. It's the end of an era.


Light Lucario said:
Now that they've finished the Fighter packs, hopefully Sakurai can just relax and not be so overworked.
Click to expand...

I so agree with you. Let him take a break for several years now.

I'm very curious as to how much Nintendo paid Disney or what kind of policies they had to follow just to get Sora on there.

Like I said last year when I said "if there is going to be another Square Enix rep it will likely be either Geno or Sora" (which yeah we got Sephiroth AND Sora. Never would of expected that) and that getting Sora in wouldn't be as tricky as some thought since yeah if he isn't coming with anything majorly Disney he is his own character without worrying about as much Disney legalities. I guess there still is some though considering Kingdom Hearts is considered Disney (obviously not part of the main Dinsey canon... whatever you can even consider the main Disney canon anyway) so I can see why it would of taken awhile to sort out but I also have a feeling Sora went last because Sakurai knew this was the character people wanted most thus wanted to save the most hypest character for the finale. Since yeah there was a lot of backlash for Byleth that obviously won't be repeated now considering sans a few people still grumpy about their picks not getting in I think Sora is one of the most unanimously loved of the newcomers. I think sans Sephiroth he's clearly the favorite of the majority for this latest figheter's pass and a good way of ending Ultimate and I wish Sakurai much relaxation and rest for all he's done. I have a feeling there will be a smash game for what comes after the Switch but Sakurai will only help out a bit for it and they'll hire a brand new time to work on the bulk of it to give Sakurai more of a rest.

All things considered, Sora was definitely the best last fighter they could have picked. People have wanted him in Smash for ages and an announcement like this was guaranteed to drive up more hype for the Smash Fighter Pack. I honestly didn't think it would happen. Part of it was due to whether or not Disney would have been willing to collaborate, but also just because he was in such high demand that I didn't think that they could pull it off. But they did and it was still such a huge surprise. I'm glad that I saw the reveal trailer live. I don't keep up that regularly with Smash news, but there was so much hype for this last reveal that I was too curious and I didn't want to be spoiled by a headline instead. I was so shocked and amazed when I saw that Keyblade in the fire.

This also ties in nicely with their announcements of Kingdom Hearts coming to the Switch. I've only played some of the handheld Kingdom Hearts games, so playing the other titles in the series could be fun.
A

Also, Sora was announced in the same month Disney was founded, making his release only 2 days after Disney's 98th anniversary.
P

So, I was thinking there should be a Smash-themed Sirius XM station, Super Smash Radio.

It would contain programming blocks featuring the following content:

*Original versions of songs heard in Smash
*Remixes of songs from throughout the Smash games
*Smash-themed talk shows
*Shows playing good rock songs to listen to during a game of Smash (for those who turn off the in-game music), including themed shows playing songs that would be associated with different stages and characters.

And possibly more.
A

Sakurai and his crew have put so much work into this game. Best thanks to them.
You must log in or register to reply here.

September, 2021--What Did You Buy/Get This Month

November, 2020--What Did You Buy/Get This Month

LinusFan303
Lost of Christmas stuff on tonight Frosty and Frosty Returns is on CBS tonight, it's always on the night after Thanksgiving, so is Grandma Got Runover by a Reindeer on The CW, and NBC has the Original Grinch, ABC has Santa Claus is Comin' to town (though if you prefer to watch this one un edited Freeform is the better place to watch it )
Yesterday at 2:55 PM •••
K
kanc
Nick@nite finally got new Christmas brand just today started 6am!
Yesterday at 2:08 PM •••